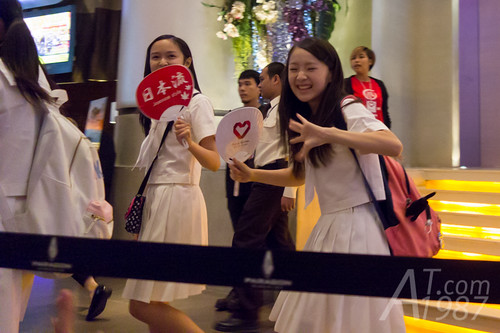 In the mid November there was the event named J Series Festival 2014. It is the press conference announcing the new Japanese dramas which are going to be broadcasted in Thailand. The special guests of the event were “Tacky” Hideki Takizawa and Kawaguchi Haruna.

Although the event is in fact the press conference. The organizer also gave away the ticket for ordinary people through several Facebook pages.

Unlucky I had no chance to get it. So I had to watch the event through the large display outside the event instead. 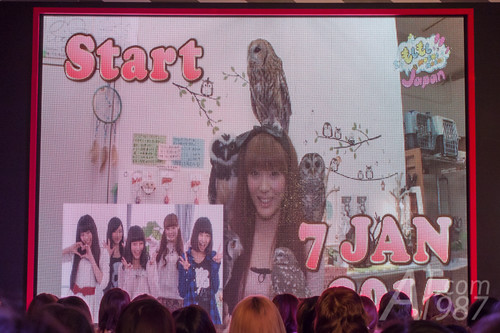 Other than showing drama trailers there was the new Japanese related programs announcement. One of them is Moshi Moshi Japan that features Yumemiru Adolescence and the AIA 2014 duo MCs as its host. The program will be on air on the 7th January next year on MCOT HD. 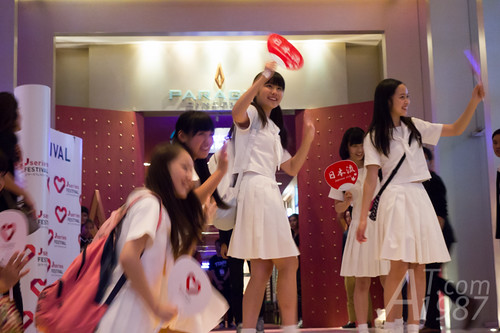 After the press conference was over. There was the business meeting downstairs of the event venue. The organizers created the path for the guests to walk from the venue to the meeting room. 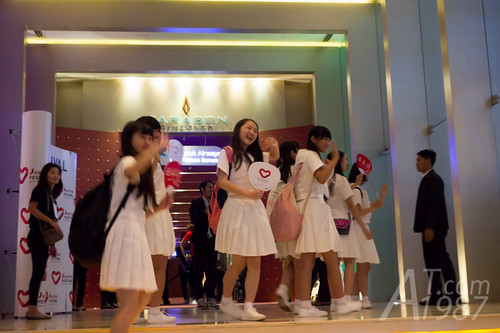 For those who missed the ticket and haven’t seen the guests in person like me. This is a chance. I waited beside the path with the a large crowd of Tackey fans. 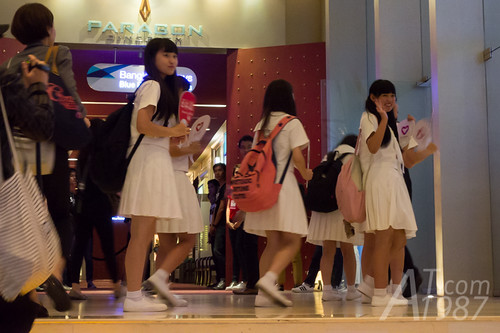 I missed a chance to take photos on the first run because I aimed my camera at the opposite way. However I managed to get some IDOLRENAISSANCE photos before they entered the room. 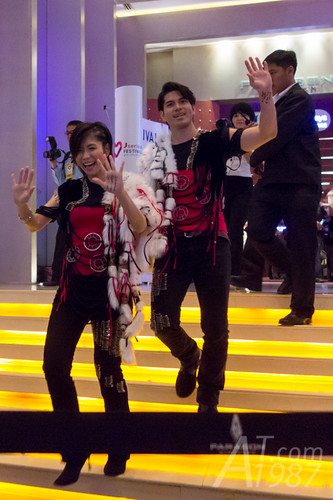 I had waited for them to leaving the meeting room for almost an hour. The staffs let the guests to leave the room group by group. The first group was bless4 which the youngest brother didn’t come the this event. However he appeared in the VTR at his part in the song.

I really love the powerful chorus of bless4 but the audio system outside is quite bad. I can’t feel the power of their chorus fully. 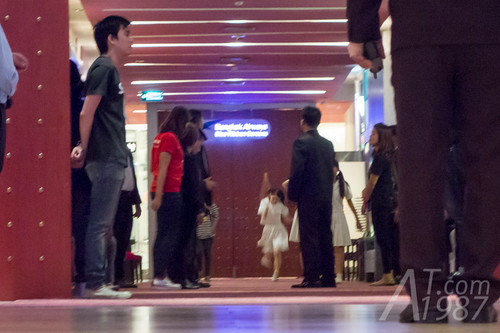 I don’t know why IDOLRENAISSANCE’s Maina ran around the hall but she’s so cute doing that. 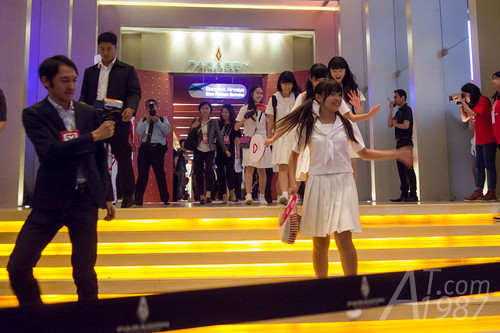 Then it’s time for IDOLRENAISSANCE to leave the room. 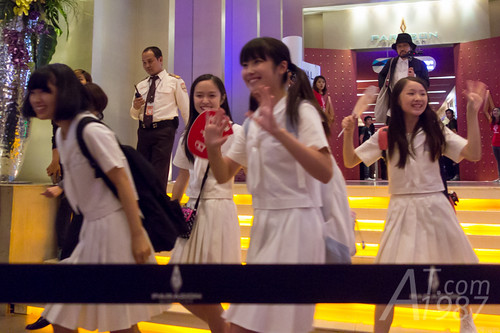 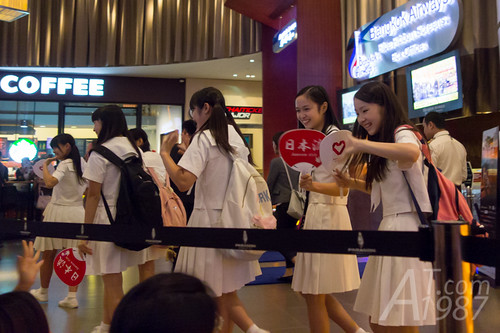 It’s different from other idol groups from SMEJ such as Nogizaka46 who Sony Music is only their record label. Maybe we can really call IDOLRENAISSANCE the idol group from Sony Music. 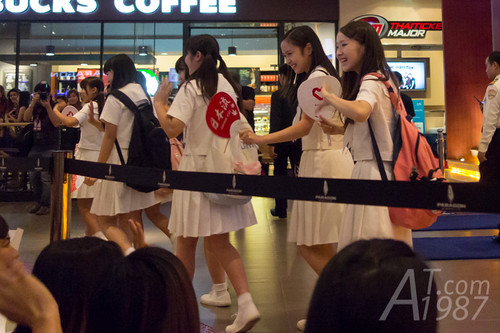 They performed Hatsukoi and 17 sai live on that day which I thought their song aren’t to my taste. Although their performance is very good. 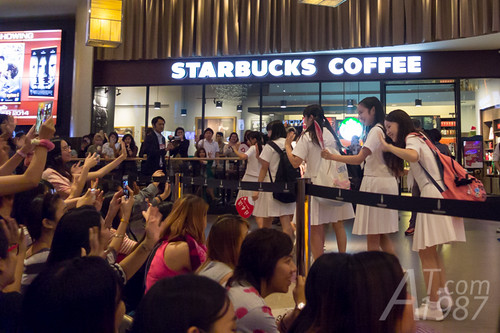 My favorite members is Minamibata Maina who I think Tackey fans also like her cuteness and the group center Ishino Riko who I think she has the best performance in this group. 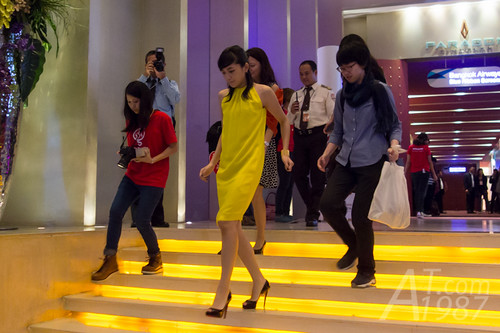 The next one was Kawachuchi Haruna. She walked very fast although she wore the very thin high heels. I couldn’t take the photo of her.

She’s very beautiful.However I think she’s looked alert and didn’t see the audiences when she was interviewed in the event. 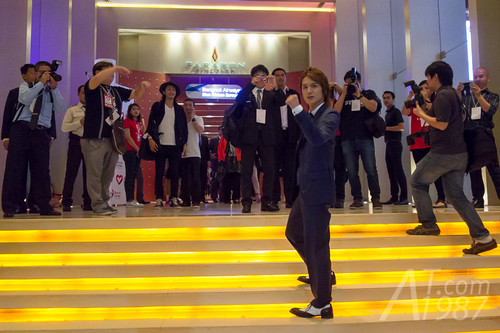 The last one was Tackey who many fans was waiting for him. 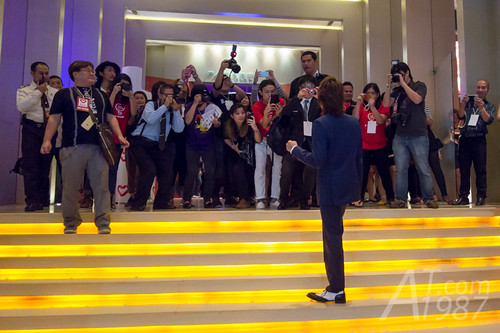 He took his selfie shot with his fans below. 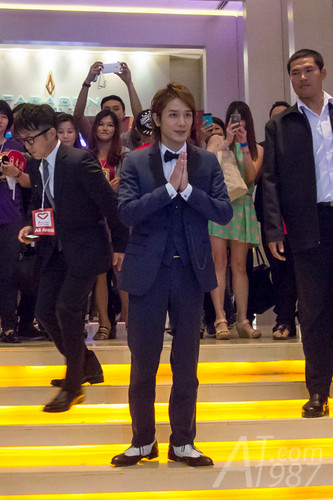 Then he said thank you to them. 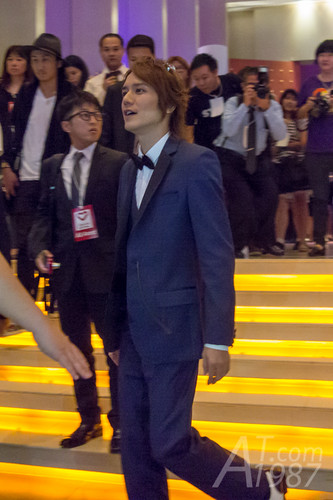 And walked along the path slowly so all of his fan could see him.

It’s unfortunately that I didn’t get the ticket to see the event inside. However I’m happy to see the guests in the real flesh especially Tackey. I’m not the Tackey fan but I watched News no Onna which he played when I was very young. So seeing him made me remember my childhood past again.

I hope I can get the ticket to the event next year. So I can see the interview and performance live with my own eyes.