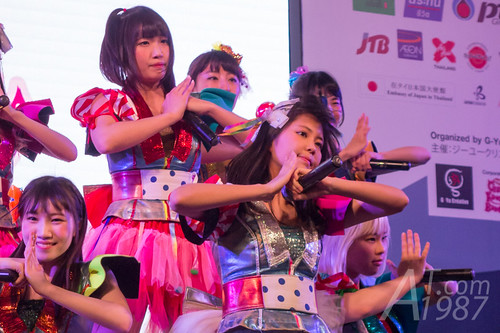 This is the second time that 8 members festival theme idol group visits Thailand. I had a chance to see their live in the event named Connect Japan 2015 last year. However I was busy at that time so I didn’t write a post about it. 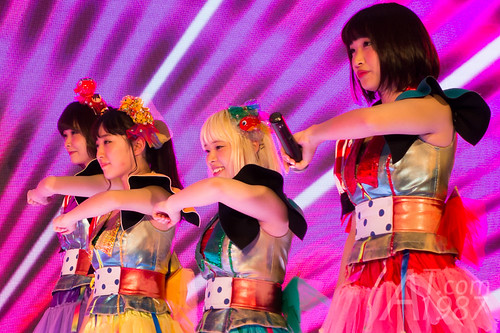 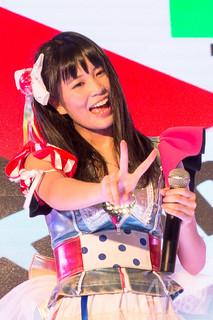 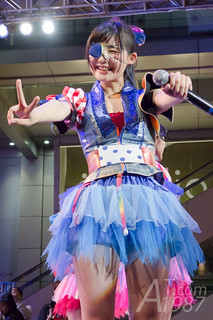 A best thing of FES☆TIVE you shouldn’t miss is their energetic live performance. You can’t feel it by only watching their live on screen or listening to their song. I think this year live was more fun than the last year and it’s great to see Hoomii’s face expression changed in each parts of their songs again. 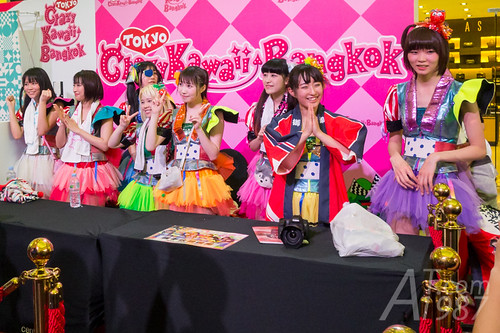 I also went to their handshake session on the first day and told them how great their performance are. They’re surprise how good my Japanese are. (I know I’m not that good. Just know it enough to survive while travel alone in Japan.) 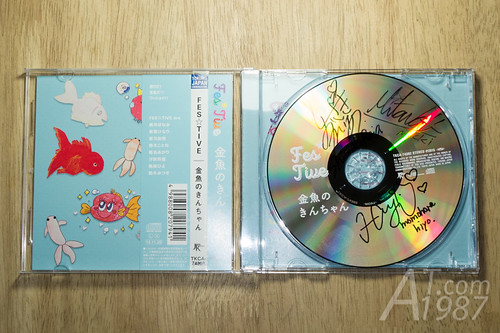 In the evening of last day. I saw their photo session when I came back from having dinner. Unlucky it’s over but Rayan had still sold single CD so I bought one. She tore a plastic bag and signed on it before asking Mizuki and Hiyochan to signed on the CD too, 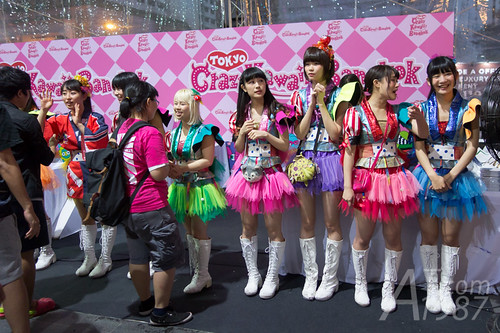 Then the members stood side by side to do handshake with people. This time I asked Kotone what happen with her right eye because she wore eye patch during performance. But it seemed that it’s a part of her costume. 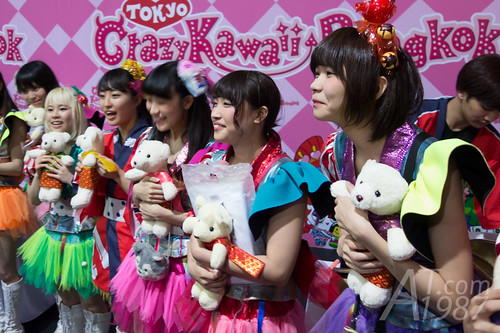 Before the group left the event. Fans gave a plush bear in Thai tradition costume to each members. The color of costumes are match to each members’ color. 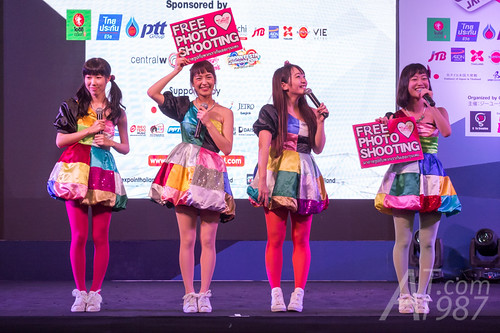 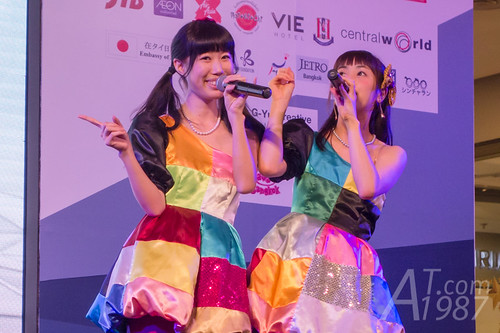 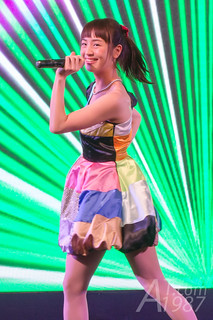 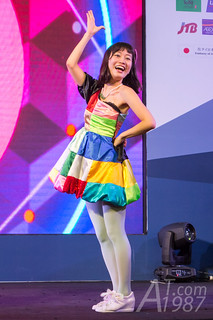 Last year I didn’t watch all of their live because I came back from my lunch late. So I really looked forward to see their show and it didn’t let me down. I really like their cute Penguin Ningen performance.

I am also surprise how good they speak in Thai. I saw them training with a interpreter behind the stage. 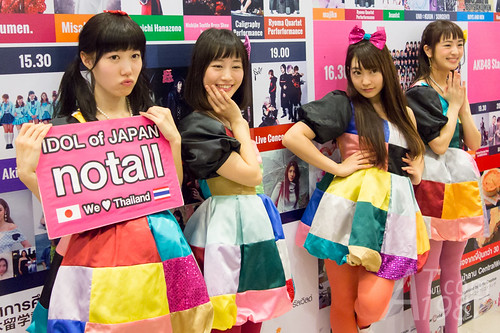 Other than live performance, the groups also had photo sessions like the one last year. But they stayed at specific point with a waiting queue. Not walking around the event. 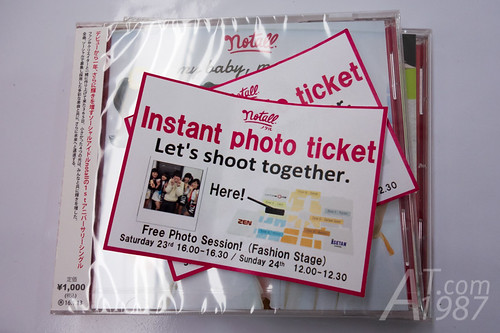 Other than using your own smartphone to taking a photo with them. People who bought their goods got instant photo tickets. I planed to buy their single CDs before the event and got 2 tickets from buying them. 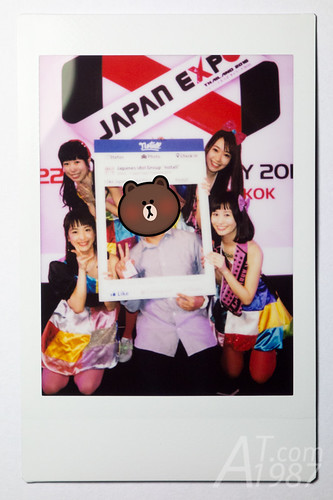 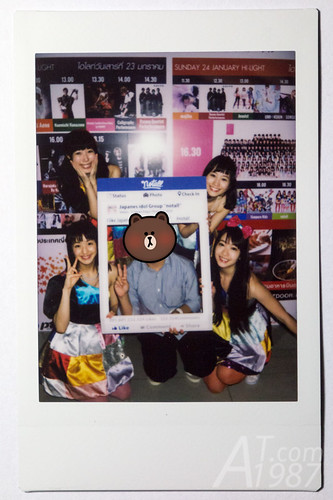 For those who have more than 1 ticket like me. Staffs told us there was another session behind the stage. So I got 2 Instax photos with different background.

About a conversation during taking photo. I hadn’t a chance to talk with them because there were many people in the line. So the staffs were hurry to take photos for all of them.

I borrow a photo from event’s Facebook page because taking their photo is prohibited.

For those who are into Japanese media. There are no one who never heard AKB48 an idols group whose singles are on the top of Oricon chart. Due to the event is on the same date as their Request Hour Concert in Japan. Only 5 members who only fans know them well participated the event.

Although there were only 5 members. Their performance is great but the event gave them a little time for it. Because there were an Q&A session and a lucky draw game on the stage. Overall I don’t like this since I want to watch their performance more. It also made me remember a sensation when I watched their performance for the first time at Akihabara Theater. 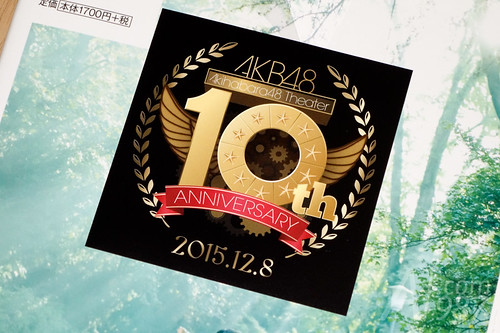 Since I also participated in a contest on the event’s Facebook page. I got a 10th Aniversary of AKB48 Theater sticker after I answered their questionnaire about AKB48. I expected a organizer will tried to invite the group to Thailand again in the future. 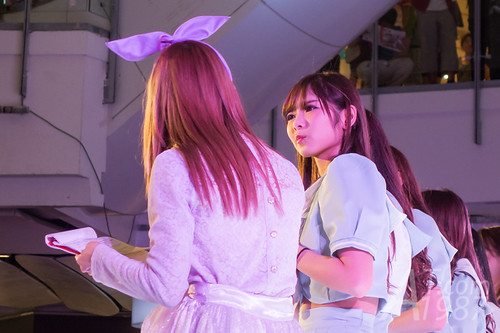 I think this year Japan Expo Thailand is good. It likes I am in idols festival in Japan. What I like is there aren’t too many groups to make their schedules to conflicted. Even though I am still missing some performances and activities. If you plan to go to idols festival, this event is a good practice for you.

If there aren’t any interference, I will continue to write about my trip in Japan as usual. Please look forward to it.