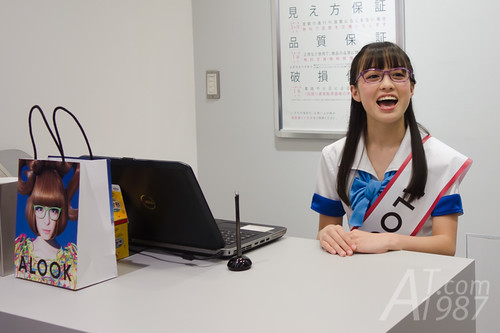 After I got off the Narita Express at Shibuya Station. It’s time to find the coin locker for keeping my luggage since I hadn’t go to my hotel yet. Now most of coin lockers in major stations can be used with Suica card for locker keys. It’s very easy to use. Just press check in at the touch screen, put things in to the vacant locker, close it then put Suica at card reader. You will receive a receipt which tell your locker number and position of the locker. I left the station to go to ALOOK Shibuya branch for buying the sunglasses. The shop had open ceremony since it was closed for renewal. Because of the event didn’t finished and there were people in the queue for buying promotion glasses. I looked around other shops nearby. I remembered that Shiritsu Ebisu Chuugaku released their new live concert BD. So I went to Tower Records to check that the first press edition and gift poster were still available or not. I checked the 1st floor because it’s a new item. I almost mistook Team Syachihoko BD for Ebichu BD. They are from the same production company and their BD covers are almost the same. There was the bouquet from Kyary Pamyu Pamyu who is the ALOOK new series glasses presenter. 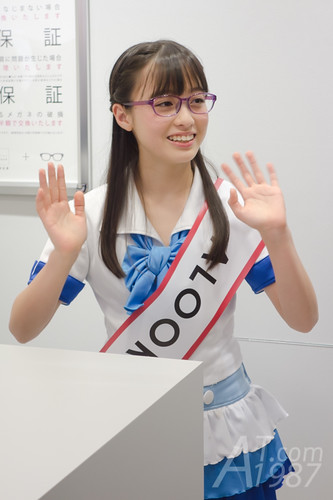 Other than looking for sunglasses. I went to the shop for seeing the real Hashimoto Kanna who is member of Rev. from DVL. The idol group from Hakata. She is called “Angel Idol” by others recently. She worked as the shop manager today. 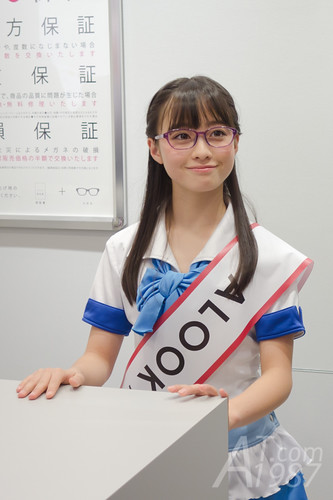 She came from the upper floor to the ground floor. Greeted her fan who waited for her in the morning. 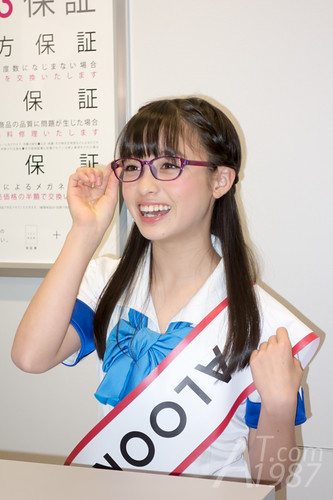 Now I know why people called her “Angel Idol”. Her look, her voice and her action look like she come from 2D world to the real world. 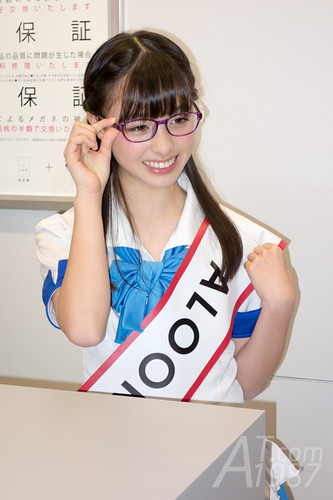 From what I know. She is famous from her earlier work that is the gravure model for several magazine before she entered the idol group. I thought some of her fans on that they were her fan since her earlier work. 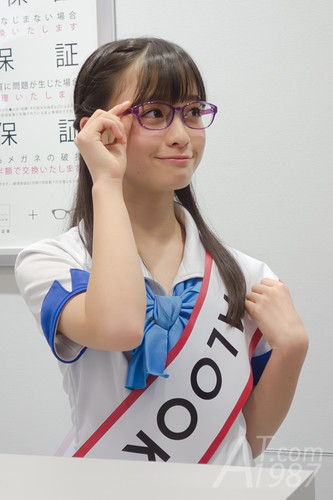 Don’t have anything to say. Just see the photo. 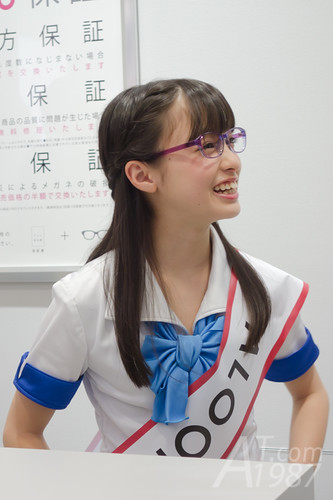 After a short greeting. She was brought to the upper floor. Maybe the situation on that time. Her fan turned optical shop into idol stage so staffs needed the new plan for it. I continued to look for the sunglasses. 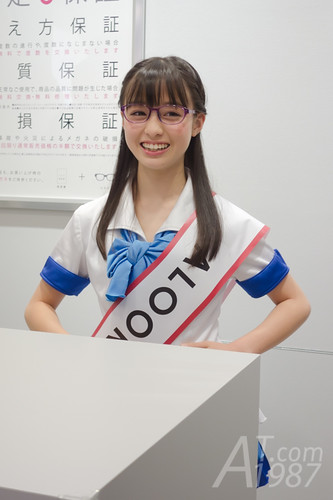 Then she came back again with the (store ?) mascot. After small talking she began to work at the cashier. Handing the glasses to her fans who bought glasses in the morning. I couldn’t enter this time because staffs allow only her fan to get inside. So I left the shop after she finished her work.

Next time I will write about other places I went to on the first day of my trip. Please look forward to it.