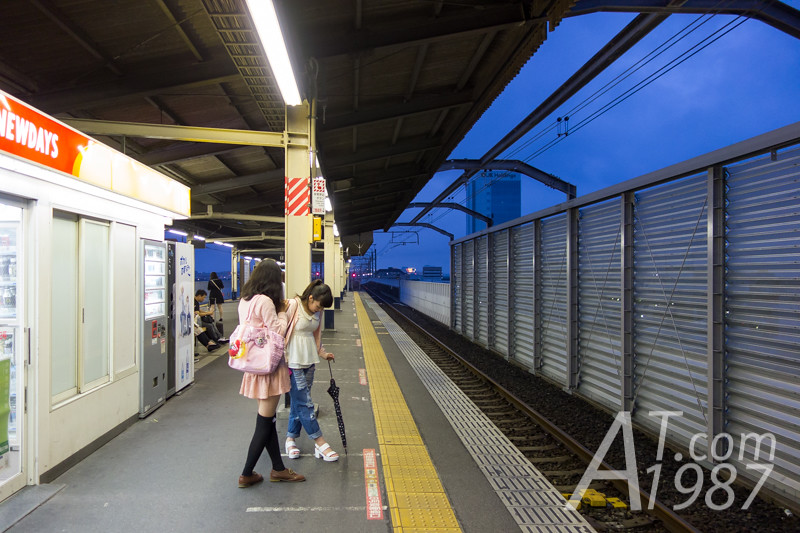 On the last day of my trip. After I left Idol Yokocho which I wrote before. I still had some time left to do the things I hadn’t done on the day before. 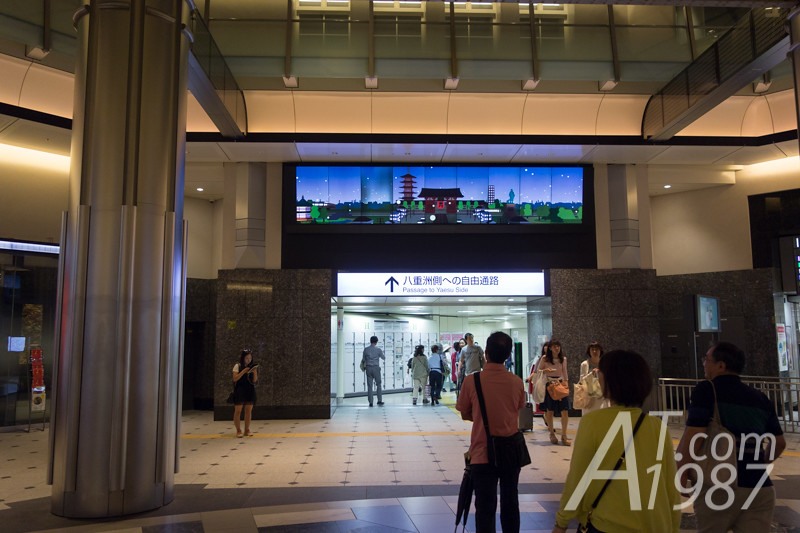 I took the same Musashino Line train backed to Tokyo Station to visit an underground mall First Avenue Tokyo Station where I didn’t find it in the last trip. 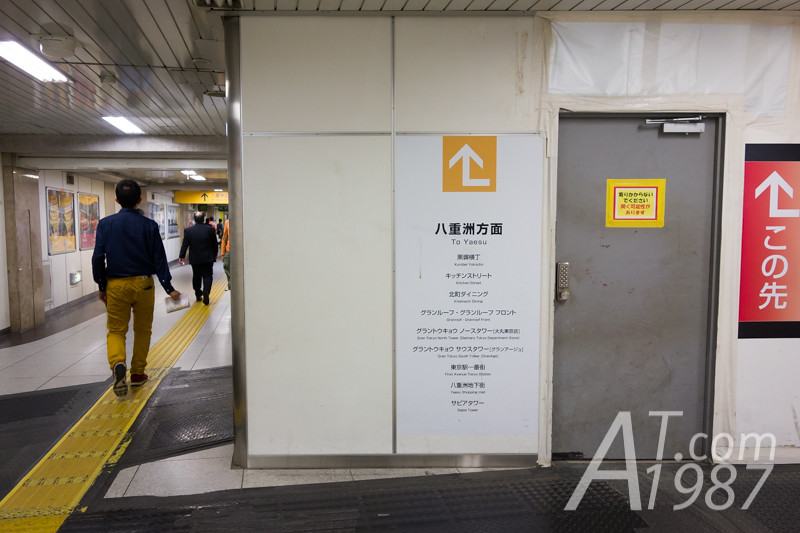 With the guidance from the station staffs and JR East Pass that made me go through the ticket holder areas in the station without buying tickets. I found the path which leads to the mall. 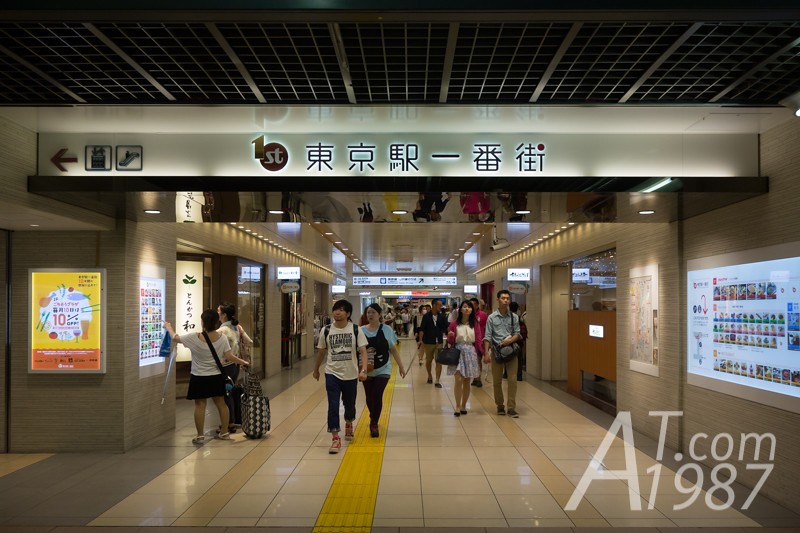 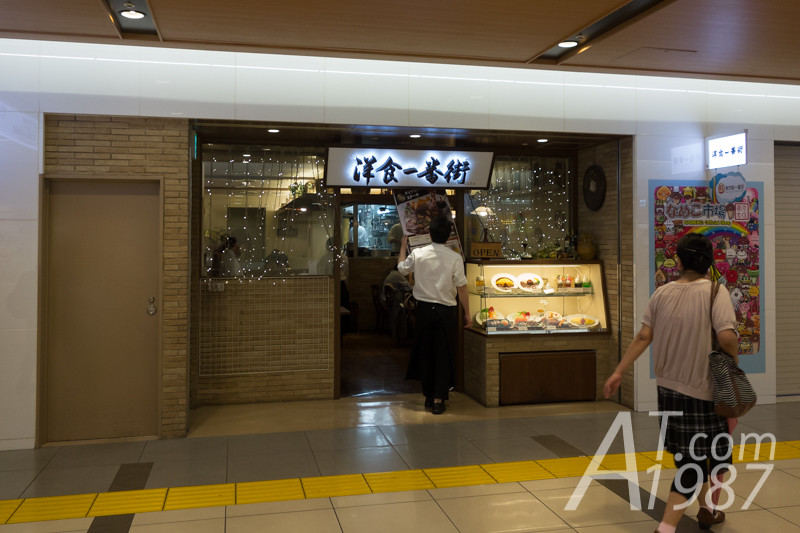 It was the evening when I was there. So I looked for interested restaurant to have the dinner first. I found the restaurant named Youshoku Ichiban. 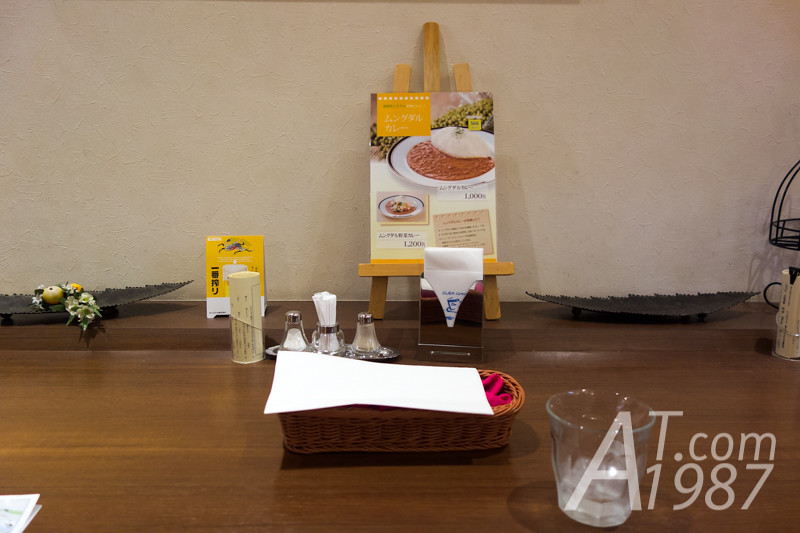 This restaurant served curry rice and youshoku dishes such as omurice and steak. 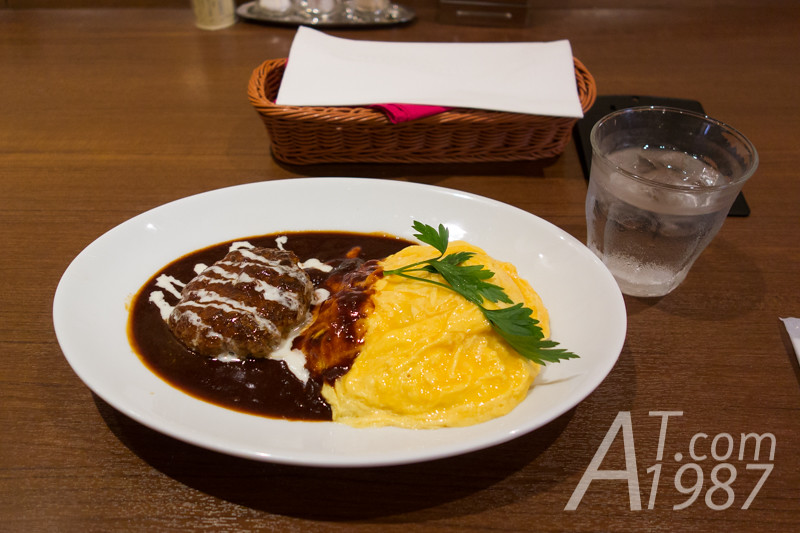 I ordered an omurice with hamberg in hayashi sauce. The taste is worth what I paid for 1,600 yen. But at that time it was 2 times more delicous because I hadn’t had a proper food in that day.

For those who want to try out. I found the restaurant is closed. It seems 2 years time fly very fast. 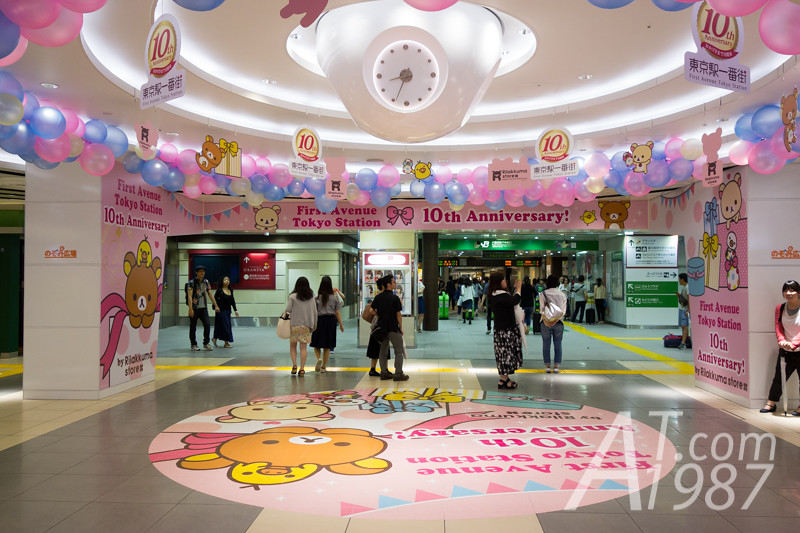 After my dinner. I went to see the shops and looked for the music CD I wanted in Tower Records. 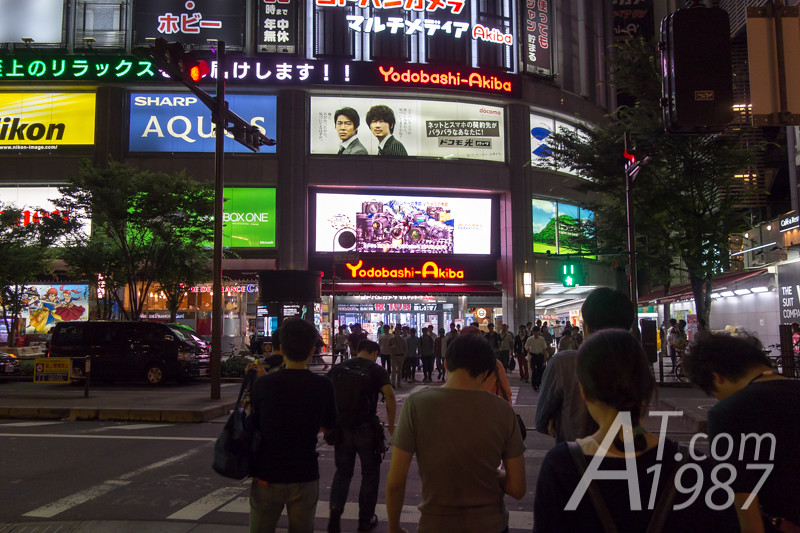 However I couldn’t find the discs I wanted. So I took the train to Tower Records in Yodobashi-Akiba instead since I still had sometime before loading my baggage at Haneda Airport.

I think this is one of a good point for choosing Haneda Airport for departure. Because it doesn’t take much time to go to it. So we will have more time to spend for the trip than departure at Narita Airport. 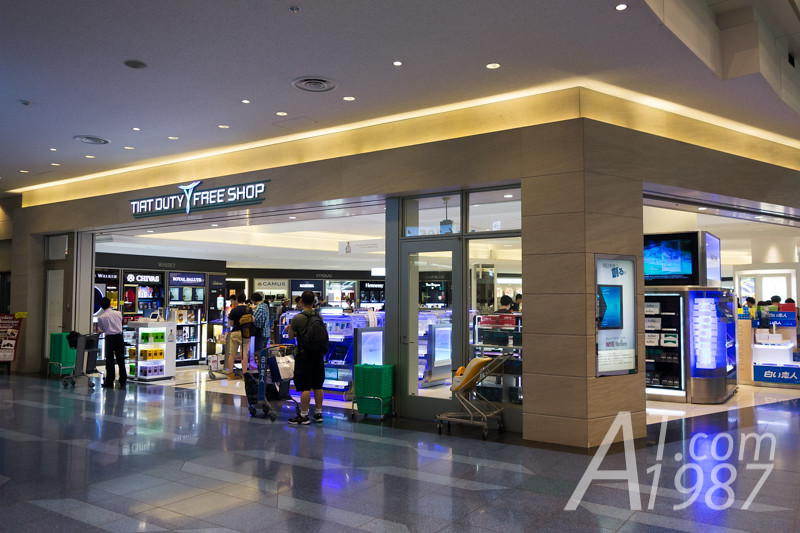 I didn’t have a chance to take photos during on my way that time since I had the over weight baggage problem to solve. Luckily I had the postal box I got from mu-mo which I can put some items from my baggage to it. Then I got a packing tape from ANA staff so I didn’t have to pay for an expensive plastic warp service in the airport.

I stopped by the duty free shop to buy some souvenirs after I passed the check point. 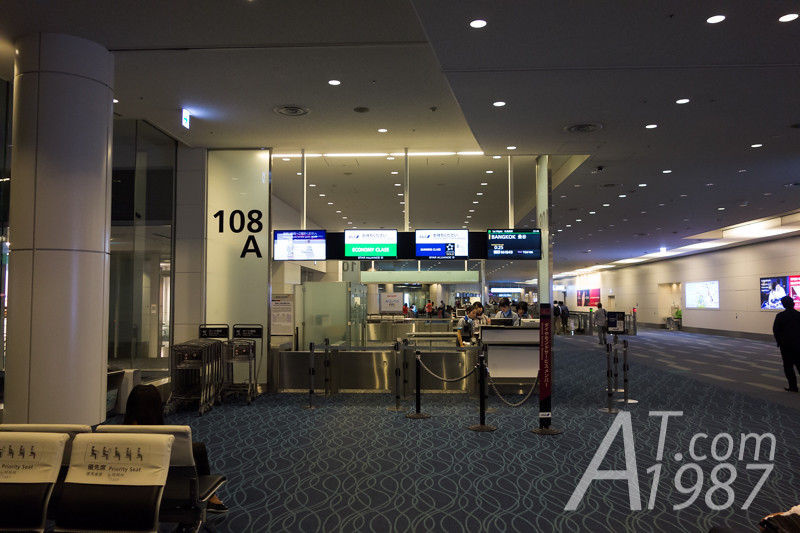 When I completed my shopping. I sat in front of the gate waiting for boarding call. The plane I got on is still Boeing 787. 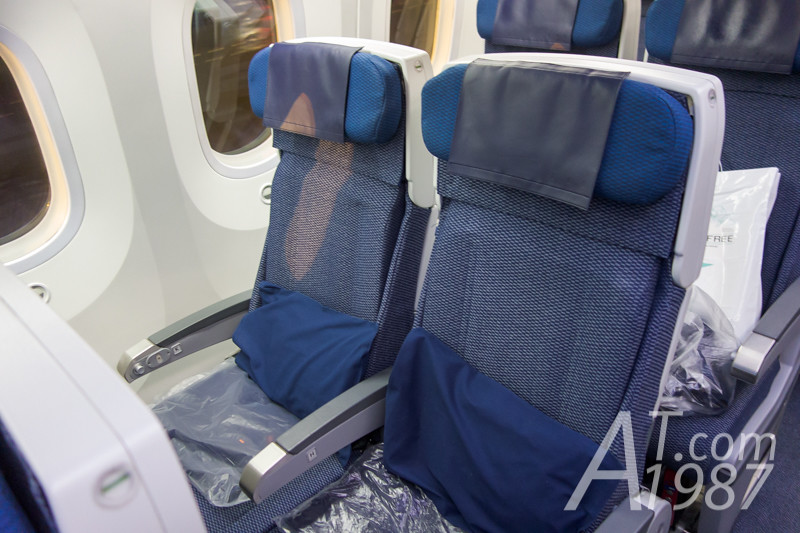 The seats were looked similar the ones I sat on early. 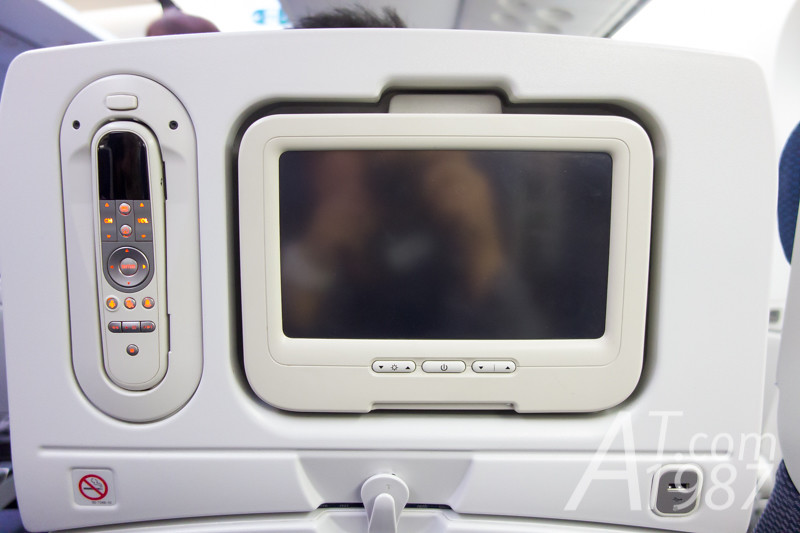 The different is the entertainment screen which is an older model and smaller. 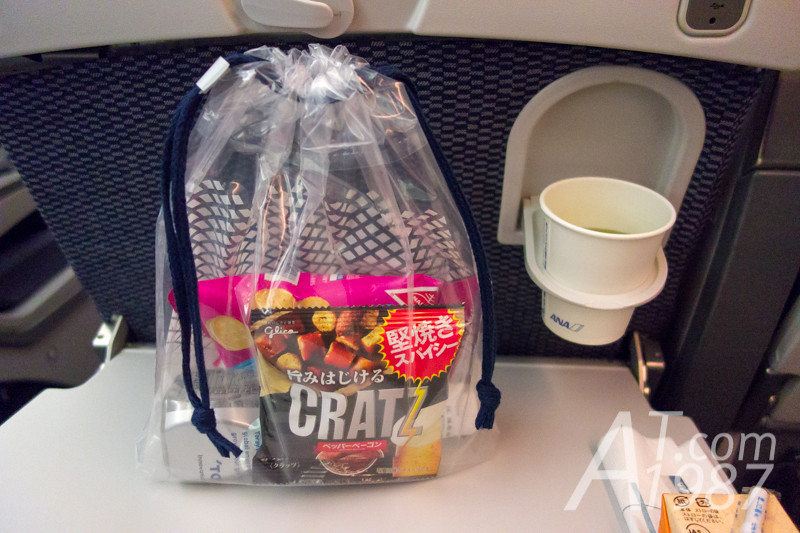 I didn’t do anythings other than sleep while I was on the way back to home. Because I had to continue to work when I returned. I woke up and found the night bag contain some snacks and bottle water left by cabin attendant. I think it’s a good idea since I don’t want to wake up for only to have some snack at night. 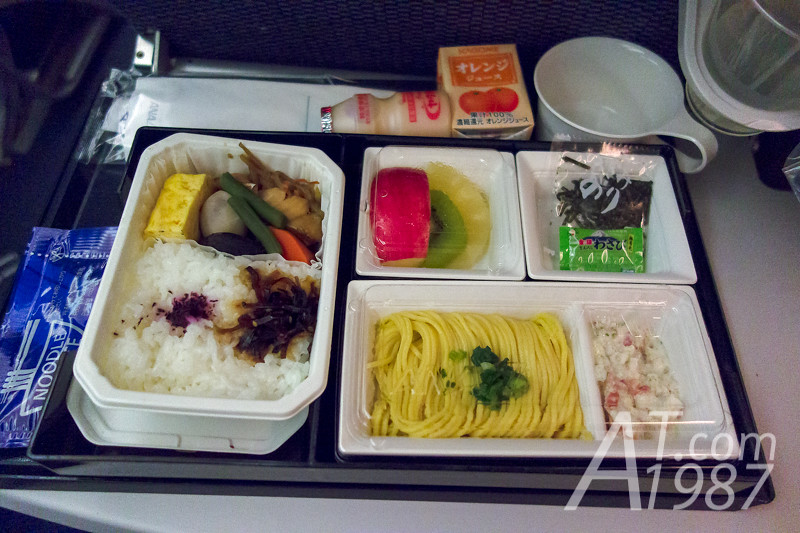 I woke up at the breakfast time. The cabin attendant asked if I wanted Japanese meal or western meal like the earlier flight. I still chose Japanese one which is a grilled white fish and teriyaki. The side dish is cold noodle with potato salad. I thought they were delicious but the portion is a little small for me. 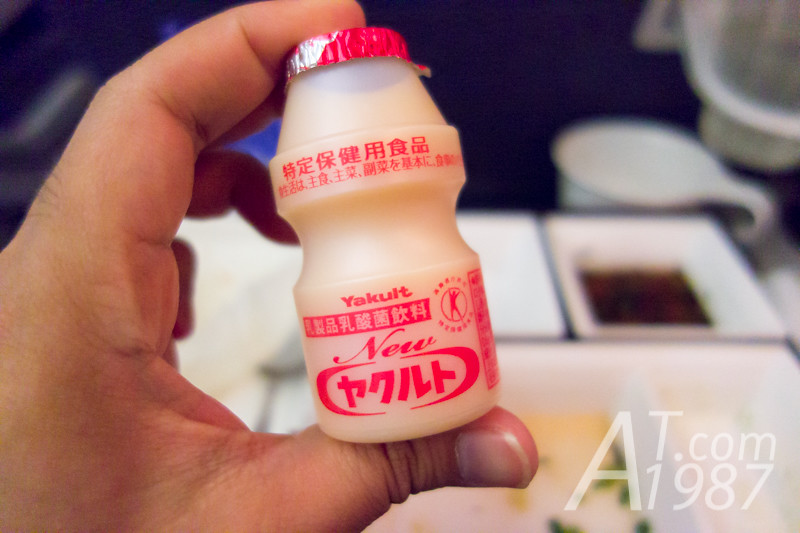 I also got the New Yakult which its bacterias is increased from from 15 billion units to 20 billion units. The taste is sweet like the original one made in my country but more mellow. 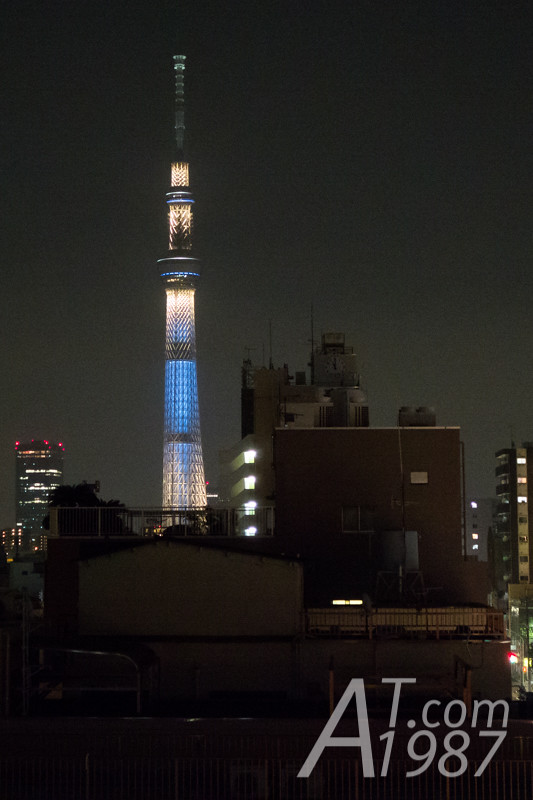 That’s all of my third Japanese trip. This time I got chances to try the new activities in Japan such as seeing the large concert, travel using shinkansen train and riding the bicycle in upcountry. I am satisfied by this trip. However there are somethings I want to enjoy more. So I have to find a chance to visit to Japan again in the future.

By the way the blog about my travel aboard haven’t finished yet. Next time I will write posts about my Taiwan trip which I wrote a little about it last year. Please look forward to it.