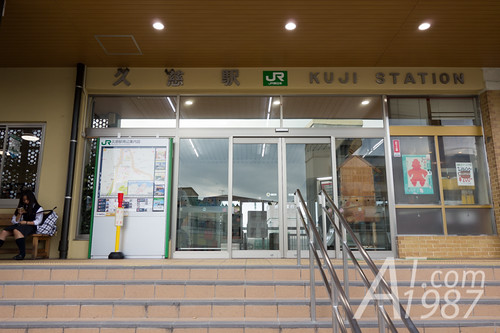 After I finished my Amachan locations trip in Kuji. Now it’s time to continue to Aomori where is my next destination by get on Hachinohe Line train from JR East’s Kuji Station.

Hachinohe Line is the railway route that runs along Pacific coast. The route begins at Hachinohe Station in Aomori and ends at Kuji Station in Iwate.  The route goes through 25 stations in 4 cities and take about 2 hours to travel. 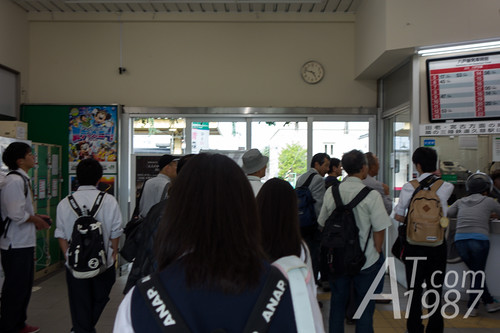 After I took my baggage and return a rent bicycle. I went to JR East’s Kuji Station where is beside Sanriku Tetsudo‘s one. I think JR East station is larger and looked newer. 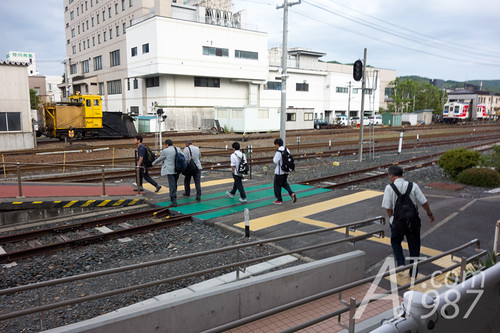 You have to leave the building and cross the rail track to the platform. 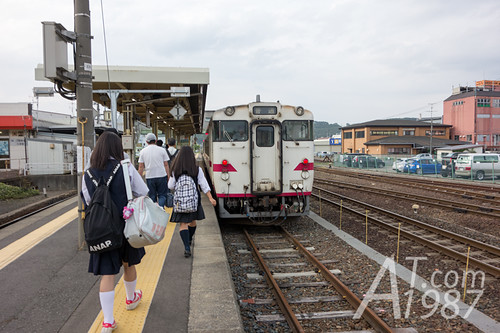 The trains used on this line are diesel run KiHa 40 series. 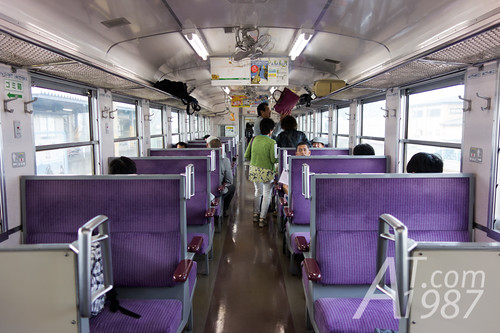 Although its interior feel old like Santetsu train. I think JR do a good work on keeping them not look too old. 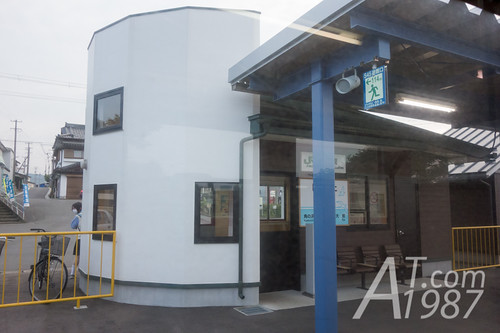 It’s take about an hour to reach Hashikami Station. The first station on Aomori prefecture. 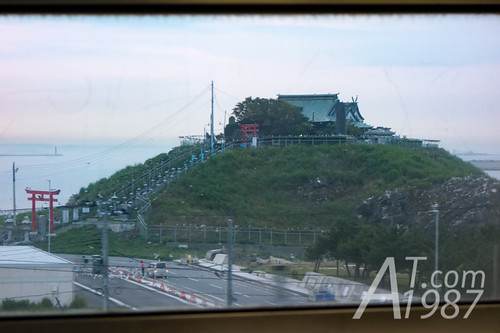 Although Hachinohe Line goes through residential areas. It also passes tourist attractions such as Kabushima Shrine where is famous for home of black-tailed gulls. It’s 15 minutes far from Same Station.

Because I left Kuji in the evening and need to catch the train I reserved. I can only see it from the train. 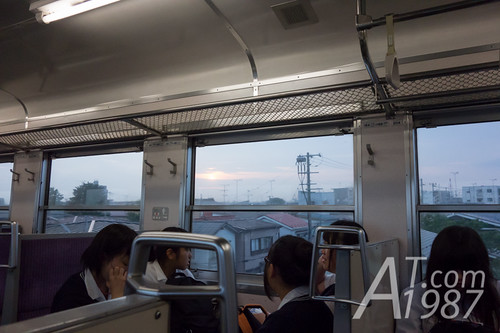 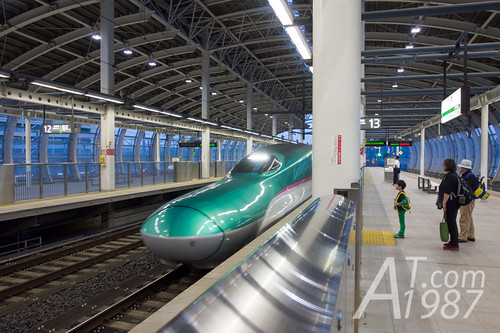 When I was at Hachinohe Station, I hurried to ask the staff where is Hachinohe General Travel Plaza for redeem JR East Pass gift. Unlucky the station staff and her colleague didn’t know about this. So I had to let it go and went to the platform for take Hayabusa to Aomori city. 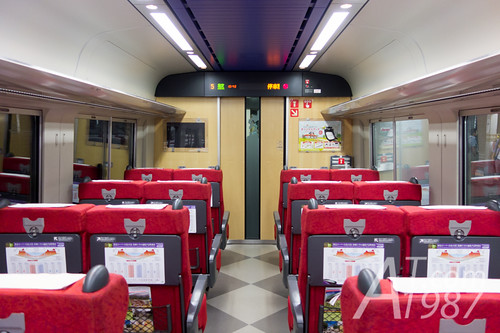 Again I was in rush to get on the Super Hakucho train to go to Aomori Station when the Shinkansen arrived at Shin Aomori Station. 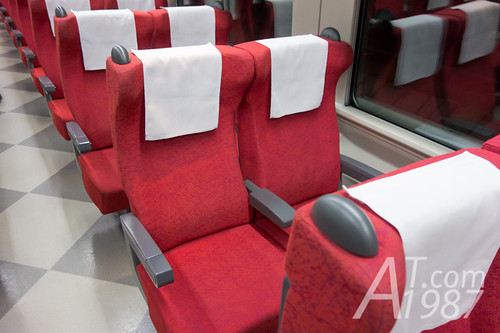 The seats in reserved car is very large and comfortable. I sat in here alone until the train reached Aomori Station. 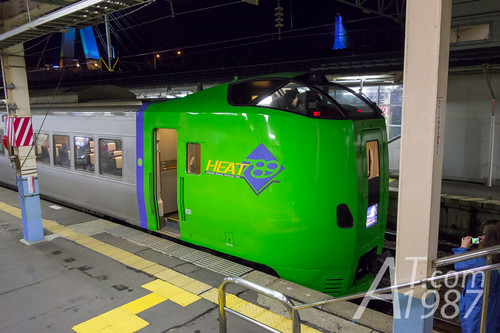 The train used on this line is EMU 789 series from JR Hokkaido. Super Hakucho trains used to run between Aomori and Hakodate through Seikan Tunnel. Now it is canceled to let the new Hokkaido Shinkansen trains run through instead. 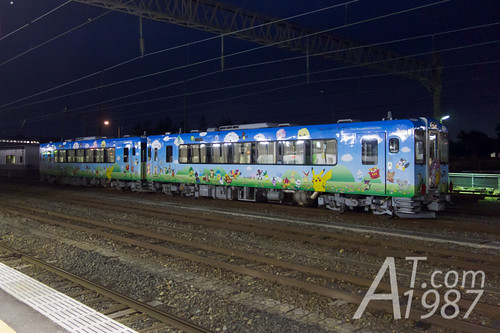 POKÉMON with YOU train was found! 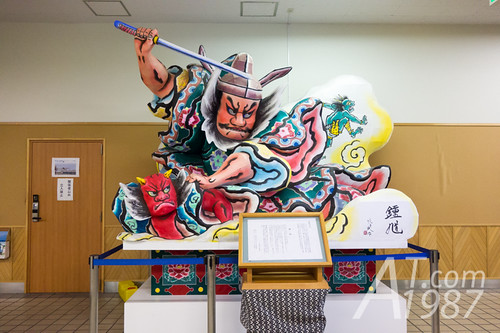 There was a Aomori famous Nebuta Lantern in the station. 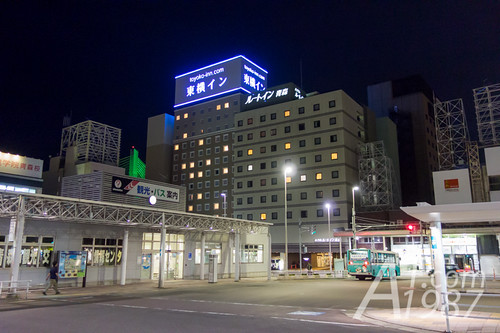 I hurried to my hotel to keep my baggage before the restaurants closed like my first time in Morioka.

Next time I will write about the one of famous scallop restaurant in Aomori. Please look forward to it.