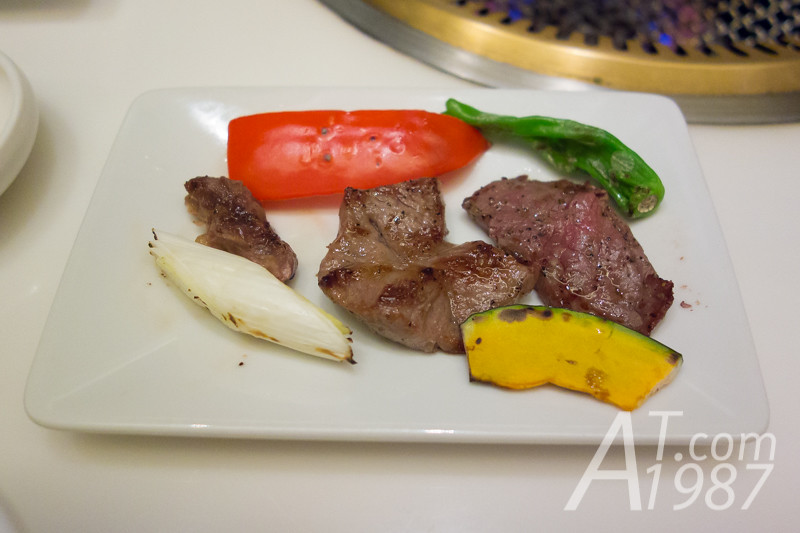 The things I planed to do in my third Japanese trip other than attending Idol events and visiting drama filming locations was having a yakiniku. However I missed chances to have it in the earlier days of the trip. 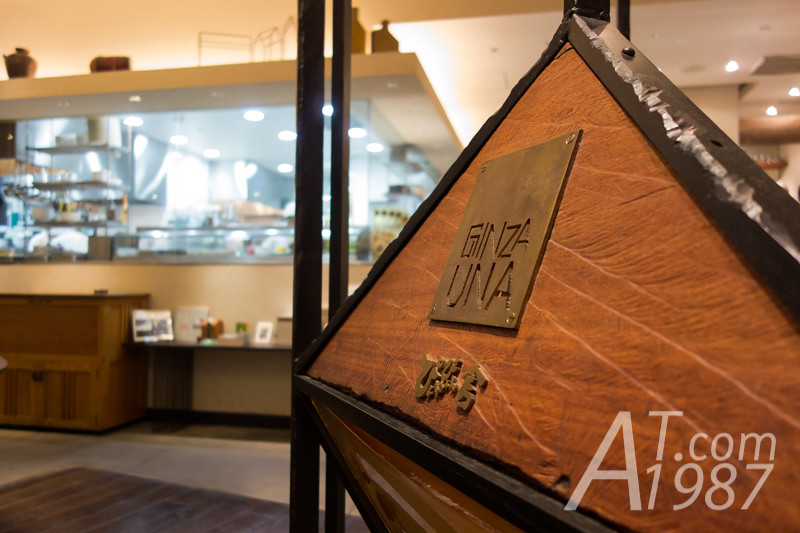 Pyon Pyon Sya GINZA UNA is the branch of Pyon Pyon Sya. The restaurant in Morioka, Iwate where is famous for Morioka style cold noodle (reimen), yakiniku and korean food. I planed to have the dinner here when I arrived in Morioka. But I couldn’t make it on its last order time. Finally I could have my dinner here but in its branch in Tokyo.

The Tokyo branch is on the 11th floor of GINZA GLASSE near the C8 exit of Tokyo Metro Ginza Station. When you left the exit. You will see the building’s car lift on the opposite side. Across the street and walk along the side of the building. You will see the elevator which brings you to the restaurant. 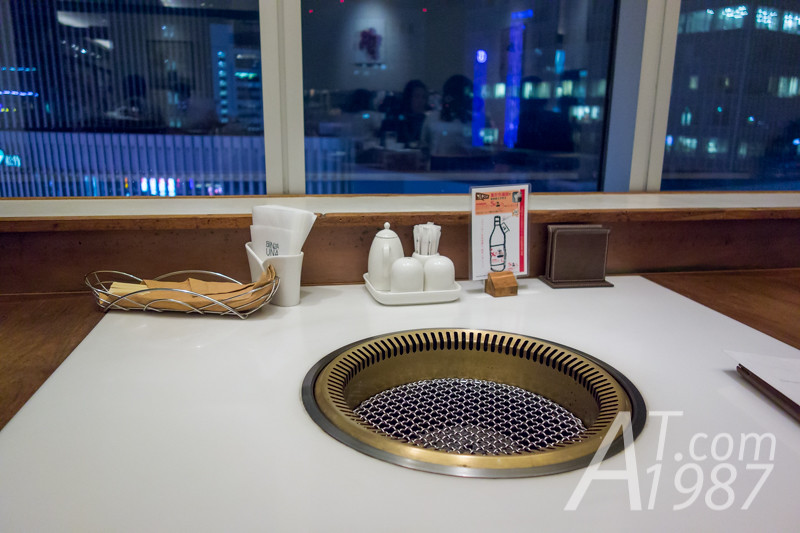 I waited for the table for about an hour which is normal for restaurant in Japan on weekend. Finally a staff brought me to the windows side table which I can see clearly see the view of Ginza at night. 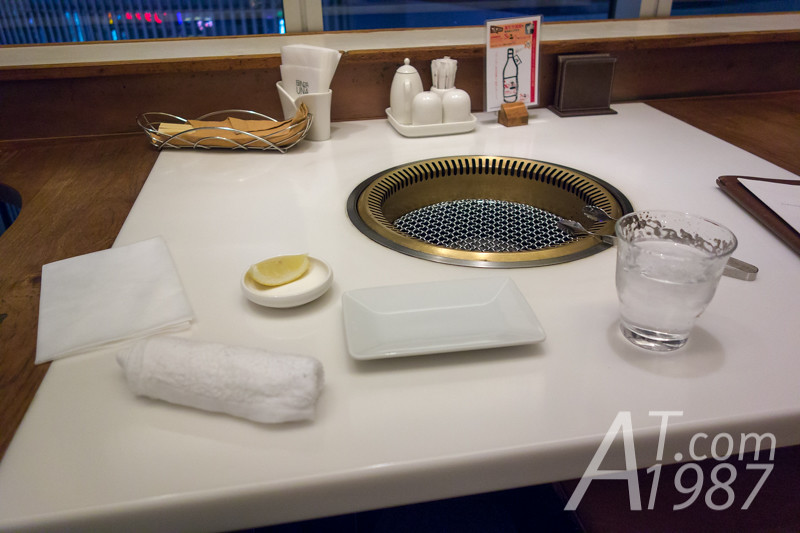 The staff served me utensils, water, and towel as usual in Japanese restaurant. She also served me a piece of lemon which I think it’s used for adding flavor to grilled meat. 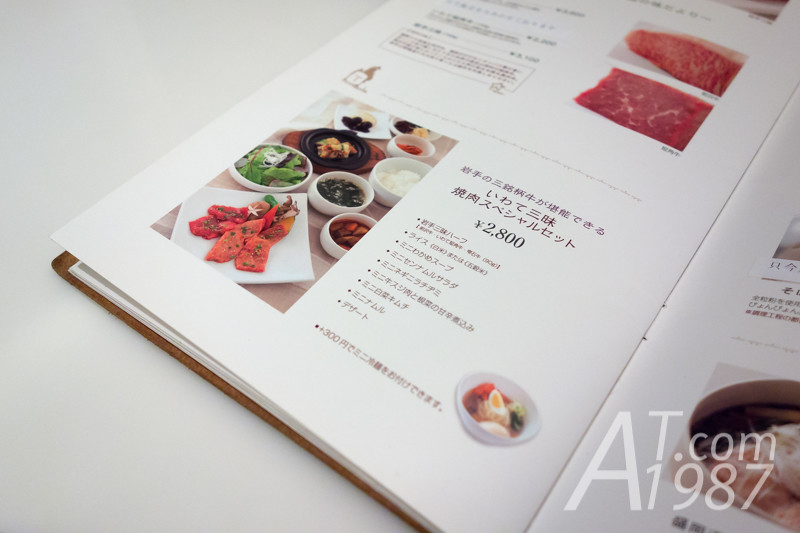 There are many dishes listed in the menu so I couldn’t make a choice. While other yakiniku restaurants use the beef grade to categorized their normal and premium meats. Premium beefs here are categorized by their breeds which are come from Iwate including Maesawa, Iwate Tankaku and Shizukuishi. Their portions are also quite large for me to finish them by myself.

I looked through the menu and found Iwate Zanmai Yakiniku which is the set consists of 90 grams of each beefs above and other several Korean dishes in mini size and a dessert. It can be order with an additional small size reimen. It is a very good choice for me who want to try out many dished but the body can’t take a lot of food. 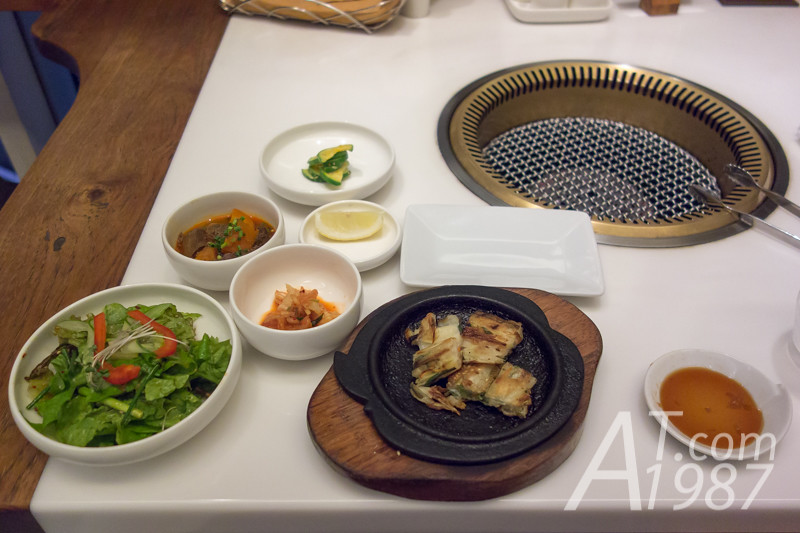 After I ordered for a while. The first batch of foods were come. From left to right: Namul Salad, Namul, Kimchi and Negi Chijimi. 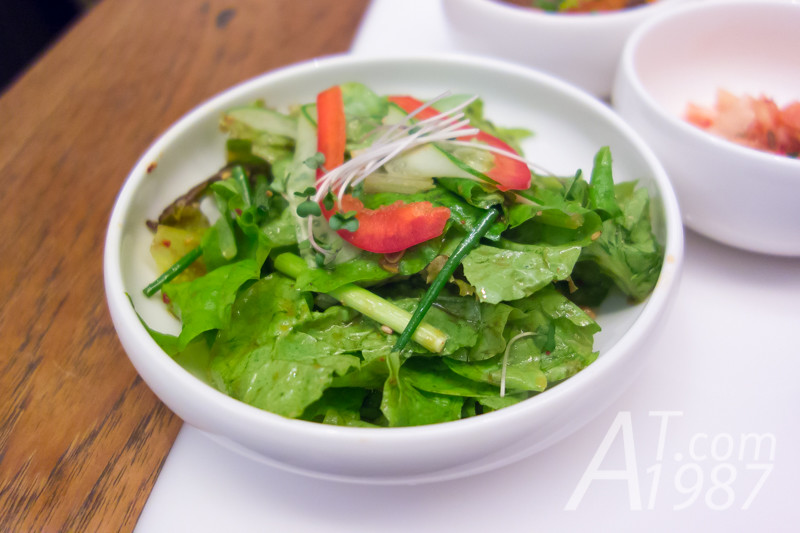 Namul Salad is like a normal green leave salad with sesame dressing. The leave is fresh and crisp. Namul is a usual Japanese cucumber side dish. Nothing fancy on it. 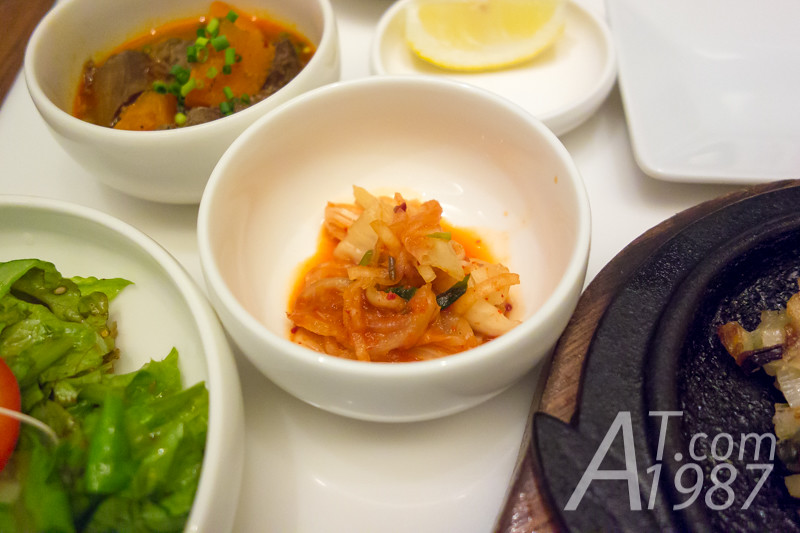 Kimchi is made from chinese cabbage. The taste is balance between spicy, salty and sour. The leave is still crisp. 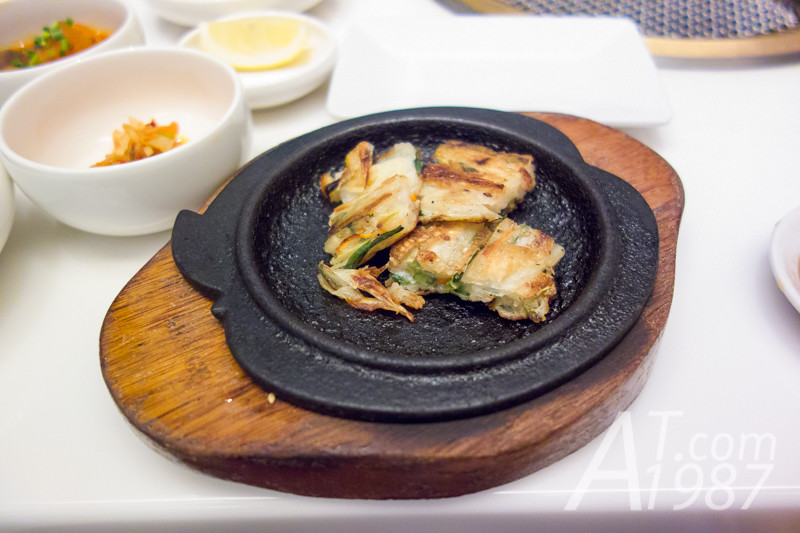 Negi Chijimi as known as Korean pizza. It was served with a sweety sauce. Overall taste is OK. 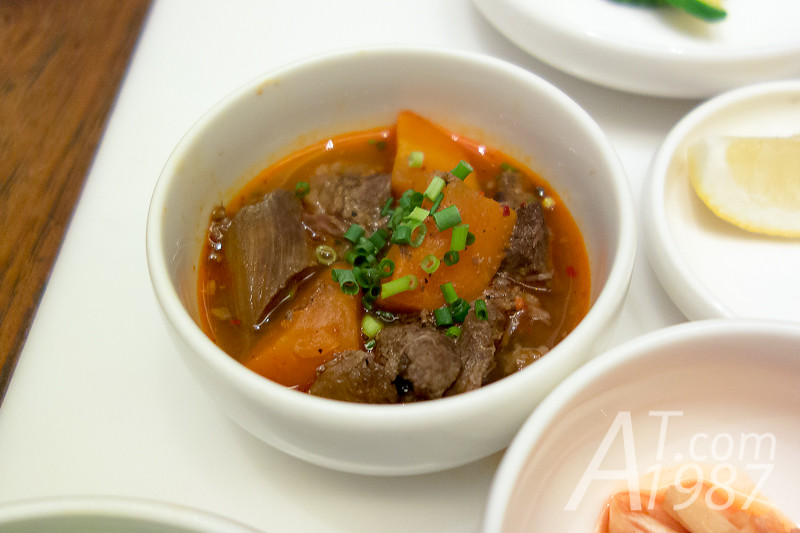 The Korean dish in the set which I like the most is a stewed beef. The beef is very soft and melt in my mouth. So I had to ask the staff to bring me a rice to eat with. 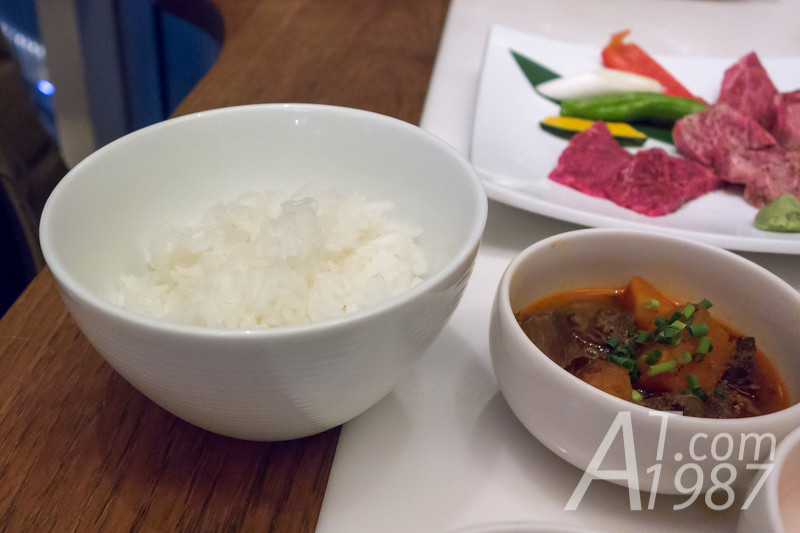 The staff served the next batch of the food which consist of a bowl of white rice. (It can be changed to five grain rice.) 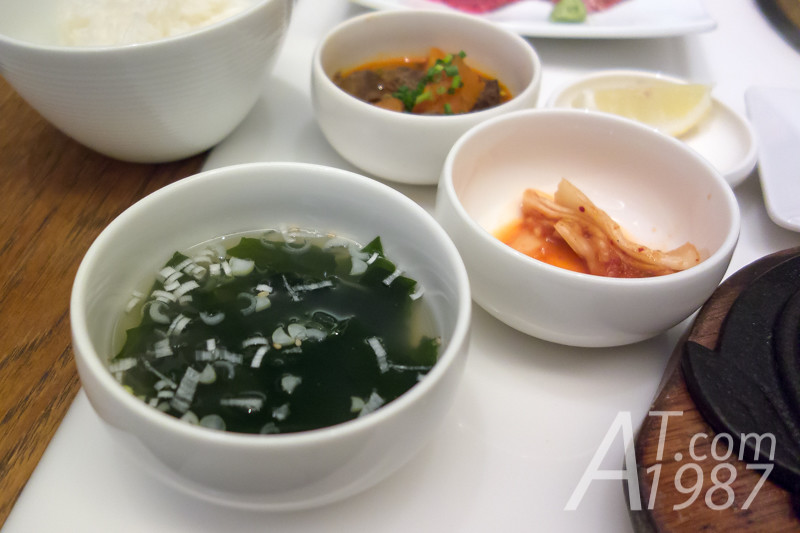 Wagame soup is a little salty. It went well with other dish. 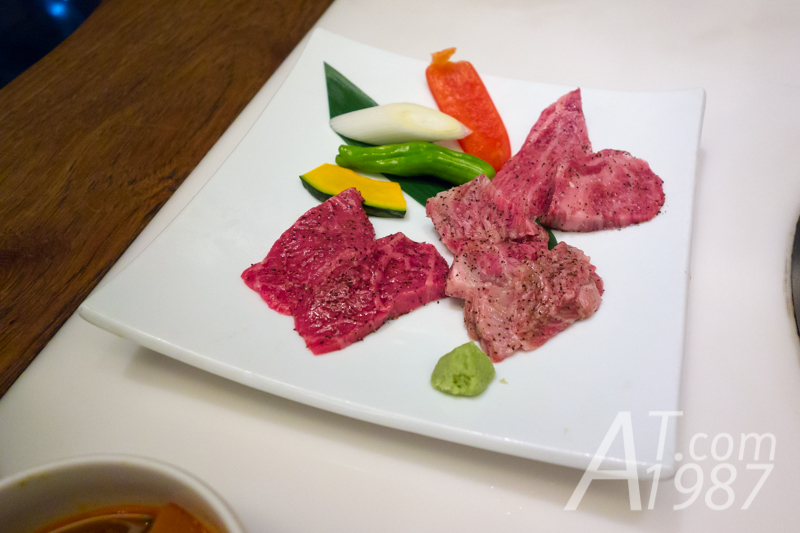 And the main dish for this dinner Iwate premium beefs. I didn’t know what kind of each pieces when they were served. But from what I researched they should be Iwate Tantaku, SHizukuishi and Maesawa from the left to right pieces. They are served with vegetables and wasabi for eating with the grilled beef.

At the time of order the staff asked me if I want beef marinated with salt or soy sauce. I chose salt as recommendation by her. 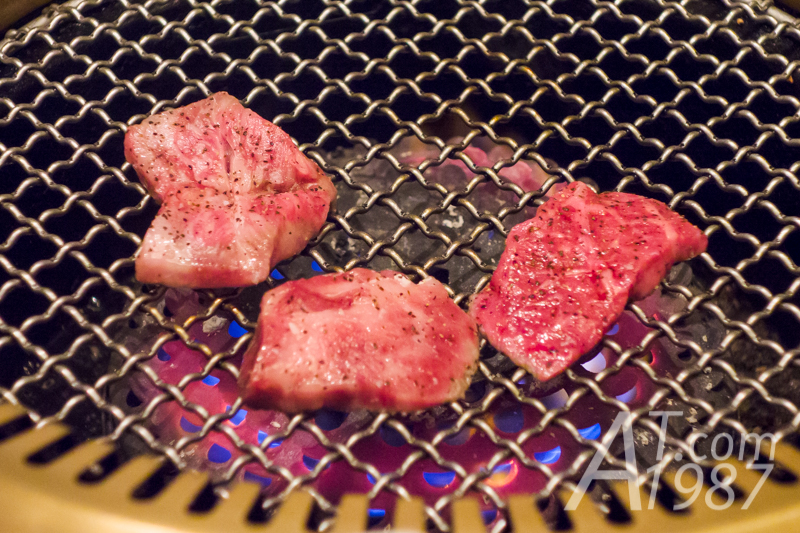 Like normal yakiniku restaurants customers have to grill meats by themselves. However I asked the staff to help me grill the first meat in case the method was different from what I know. It turned out that it is the same as other restaurants which you have to be careful not to over grill them. 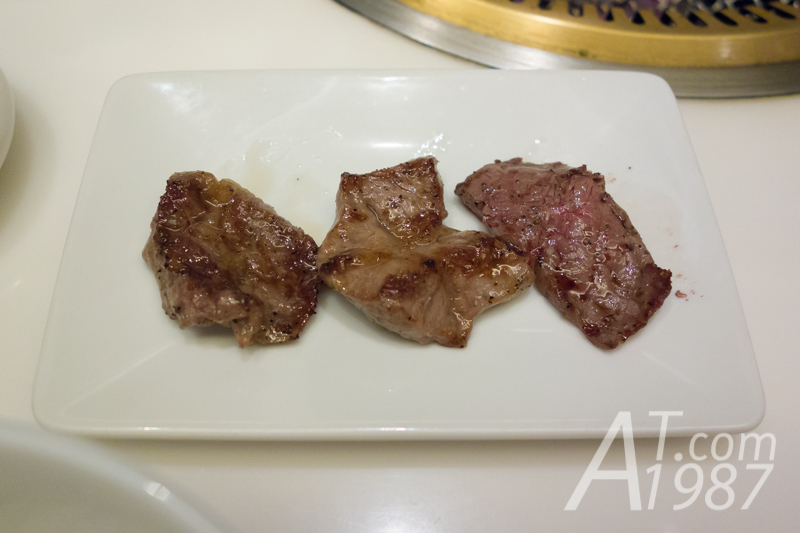 For the taste from the left to right piece. Maesawa is the marbled meat. It’s very soft so it can be melt in the mouth. Shizukuishi is like Maesawa but I think it has too much fat. Iwate Tantaku isn’t soft like earlier meat because it has no fat. If it is grilled to long it will be hard to chew. 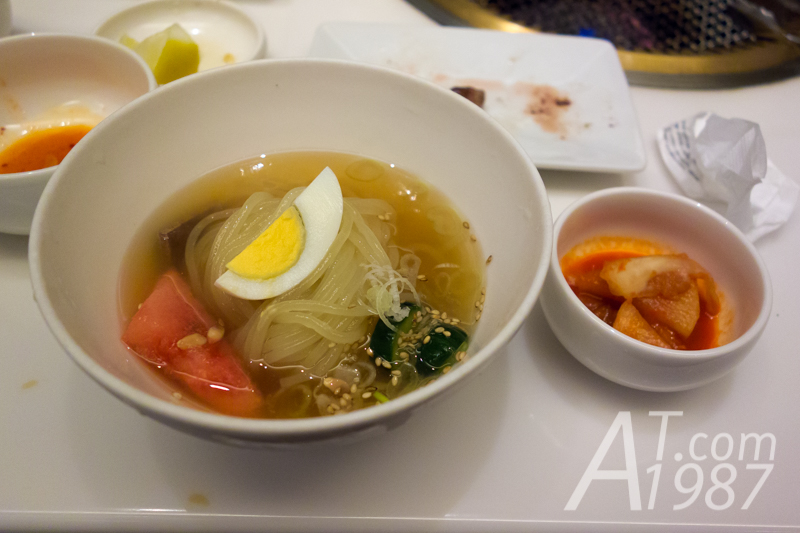 I grilled the meat for a while. Then staff brought me a Morioka regimen. It is one of famous three noodle dishes of Iwate other than the well known Wanko Soba and Jajamen.

Morioka reimen that is adapted from Korean cold noodle is potato made noodle in a beef soup with boil egg, kimchi and seasonal fruit like apple, melon or watermelon as toppings. 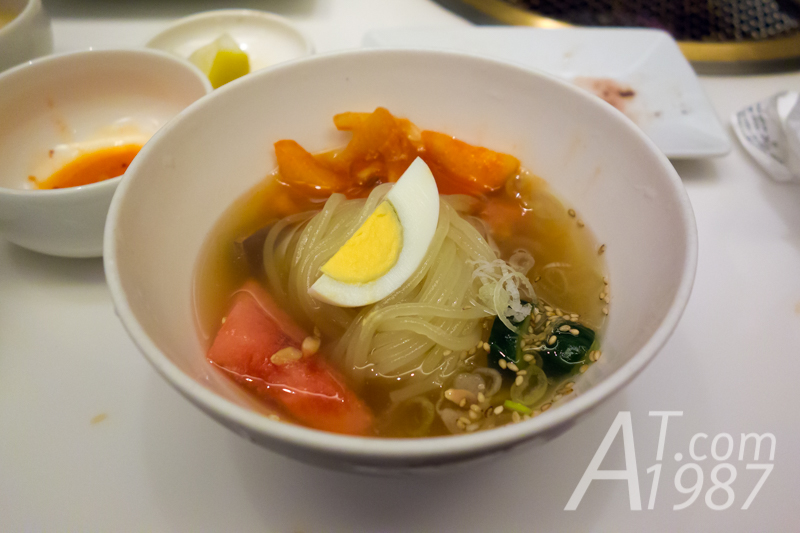 I was worry about the flavor when I first saw this dish. Because each ingredients flavors are too much different. However it is more delicious than I thought. The noodle is more chewy than ramen noodle. The soup is like the one in beef noodle but it’s served cold. Kimchi adds spicy and sour flavor. Watermelon gives a fresh taste while eating the rich beef soup. 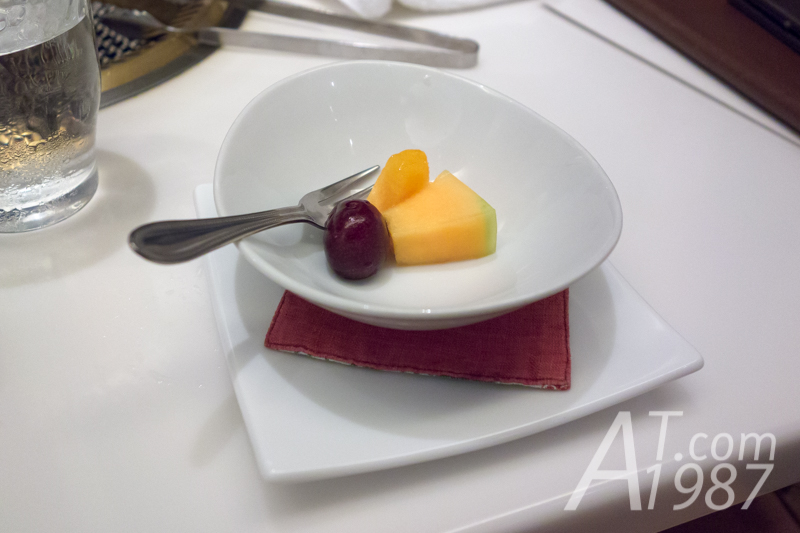 The dessert on that day was small pieces of melon and grape. Good for eating last. 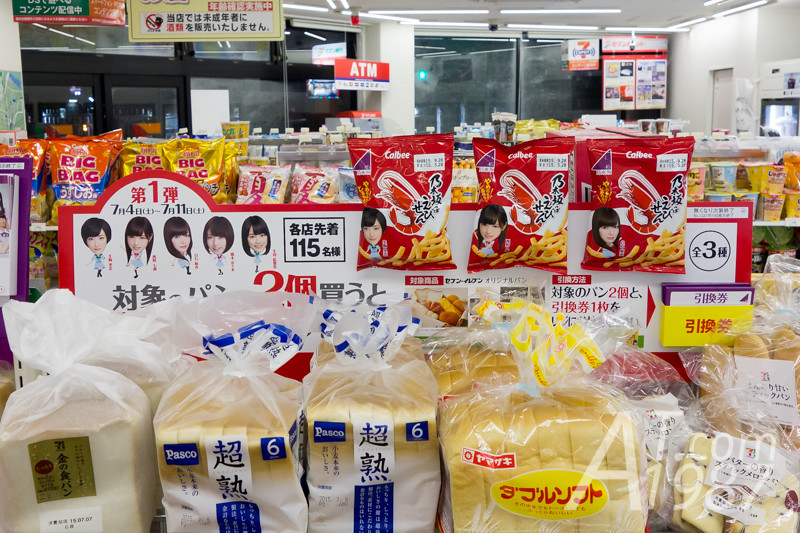 On the way back to the hotel I found 7-Eleven near by ran the Nogizaka46’s 12th single promotion. I tried to get Nogzakappa Ebisen which is Calbi Ebisen in special design bag. However the staffs here which are also foreigners don’t know how to get it. So I didn’t get any.

I learnt later that if I want to get it. I had to bring the coupon in the box on signage and buy two breads on the shelf.

The next post will be the last post of my 3rd Japan Trip. I will write about what I did before return to home. Please look forward to it.