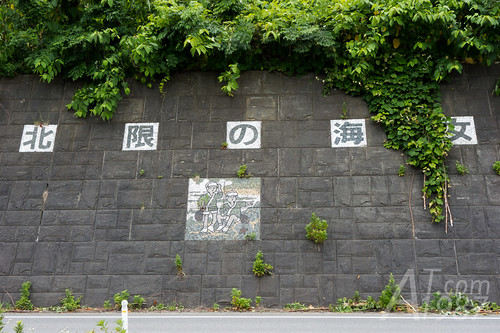 After I finished my sea urchin bento. It’s time to go to Kosode Coast where Ama divers fishes sea urchin and one of Amachan main filming location.

To go to Kosode Coast. There is a Kuji Kaigansen bus (久慈海岸線) which is operated by Iwate Kenpoku Bus running between Kuji Station and Rikuchu-Noda Station on provincial road 268. The fliming location is about the center between this route.

Because there aren’t many bus running per day and the directions of them maybe not suitable for tourist. In the morning the buses only run from Rikuchu-Noda to Kuji Station. It’s vice versa in the afternoon. However in the summer that is tourist season. There are additional buses running on the weekend and national holiday. 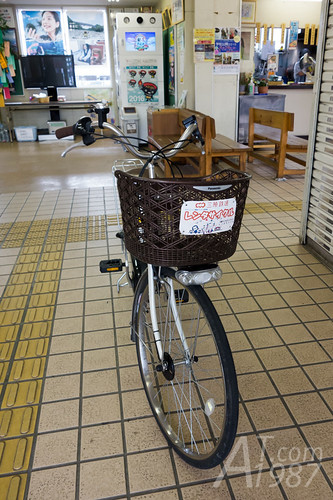 This is why I choose to ride a bicycle to Kosode Coast by myself. Sanriku Tetsudo has an electric assisted bicycle rental for 1,000 yen a day. Including 500 yen of deposit which will be returned when return the bicycle.

To rent the bicycle. Just contact staffs at tourist information counter in Kuji Station, Complete the form and pay the rental fee. The staff will bring you across the railroad to the parking lot nearby. Put the battery in the bicycle and teach you how to use it.

The route recommended by the staff is about 9 km. long and uses about 1 hour to finish. I used about 1.5 hour due to stop to taking photos. 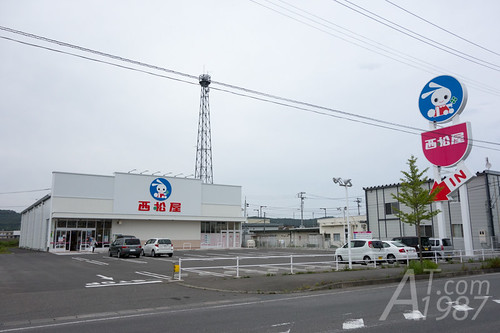 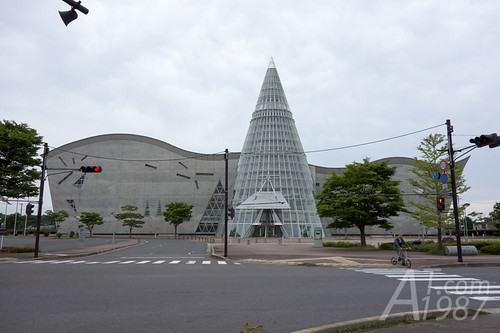 You will see the city concert hall “Amber Hall” on the intersection near the bridge which across Kuji River. There is an observatory on the top of the hall where you can see the view of Kuji. However it’s closed on the day I visited. (Tuesday) 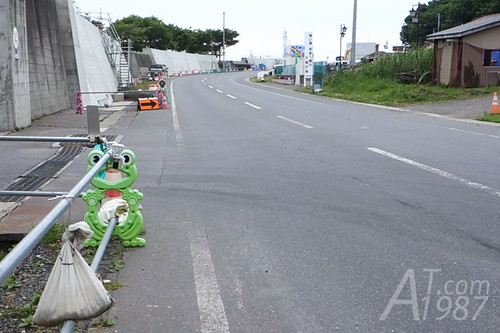 After leaving the residential zone, a tsunami barricade appeared. This is a sign telling I was on the provincial road 268.

Then it’s time for a serious cycling.