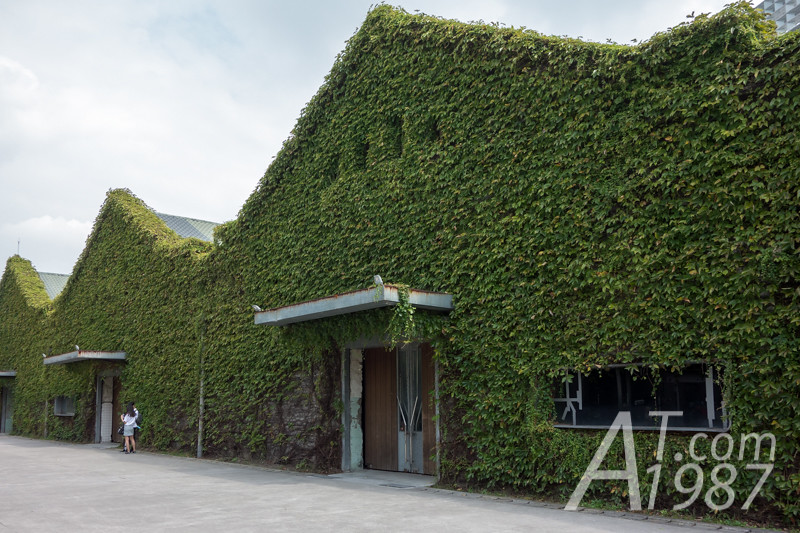 On the second day of my Taiwan trip I had a free time in the morning before my business schedule. So I asked the hotel staff for an idea which leaded me to Huashan 1914 Creative Park.

Huashan 1914 Creative Park is center of art and creative activities in Taipei. It used to be a winery in the past. This place was abandoned when the winery was moved to upcountry. Later a group of artists found this place and using it for showing their work. This made the government renovate it to be what we see now. 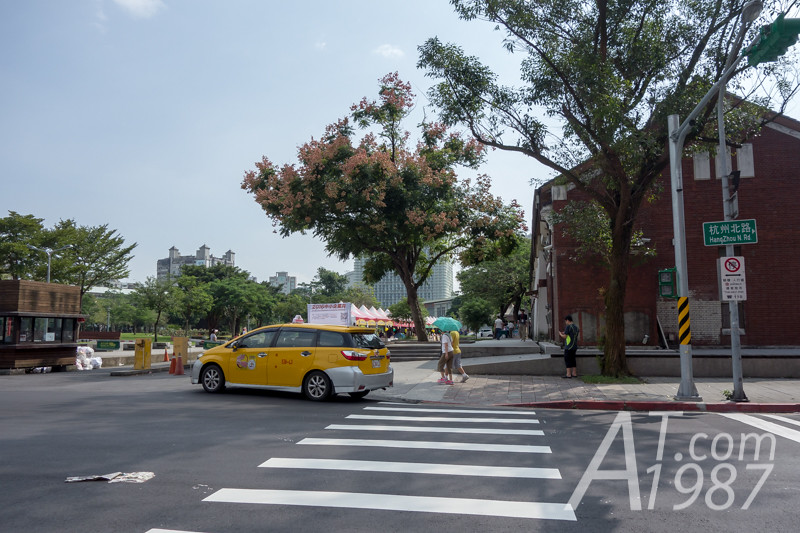 Since Huashan 1914 Creative Park isn’t far from my hotel. It took about 10 – 15 minutes to walk from the hotel to the red brick building areas on the west side of the park. 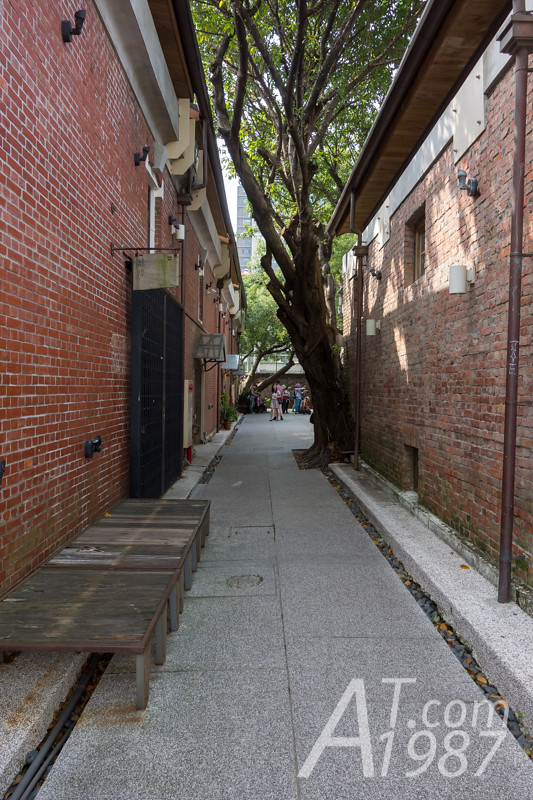 In the past the red brick buildings used to be champhor factory. Now they were used as exhibition halls. They’re also the place for photograph. 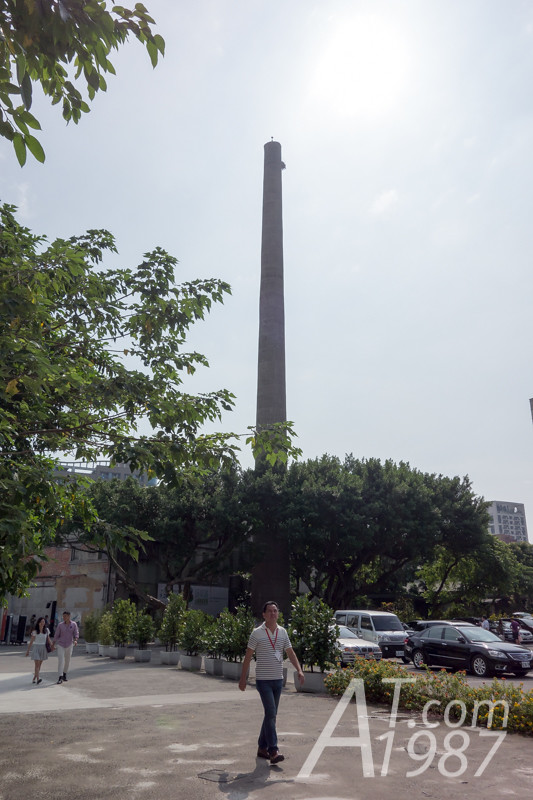 I took photos around the red brick building area then walked to winery area where the boiler chimney stands out from the rest buildings. 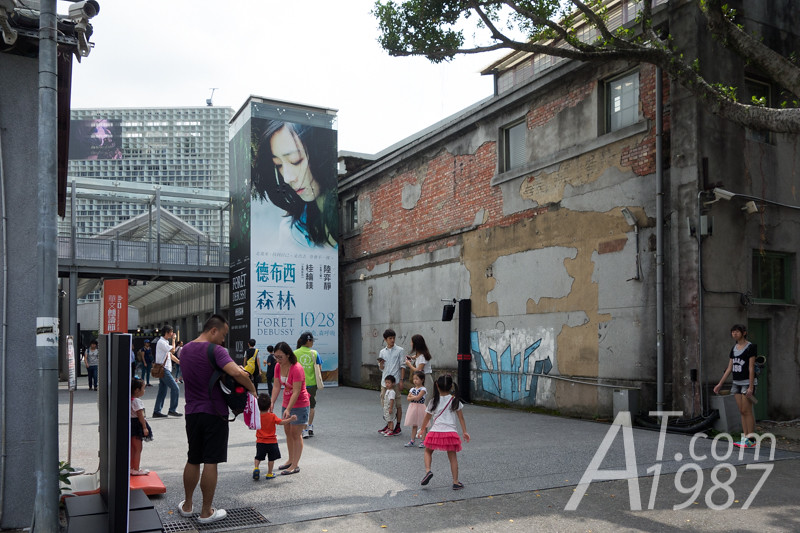 The first place I saw is SPOT-Huashan where is an independent films cinema. 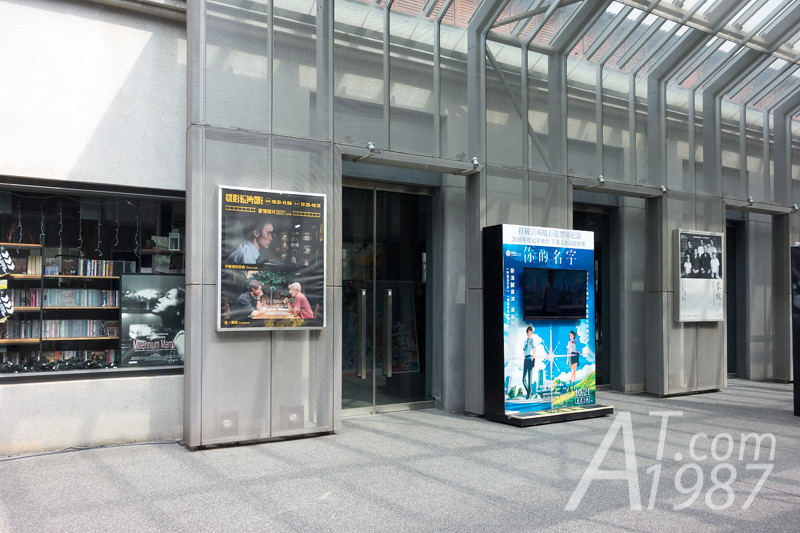 At the time of the trip the famous animation Kimi no Na wa was screened in Taiwan. So there was the stand with display showing its trailer outside the cinema. 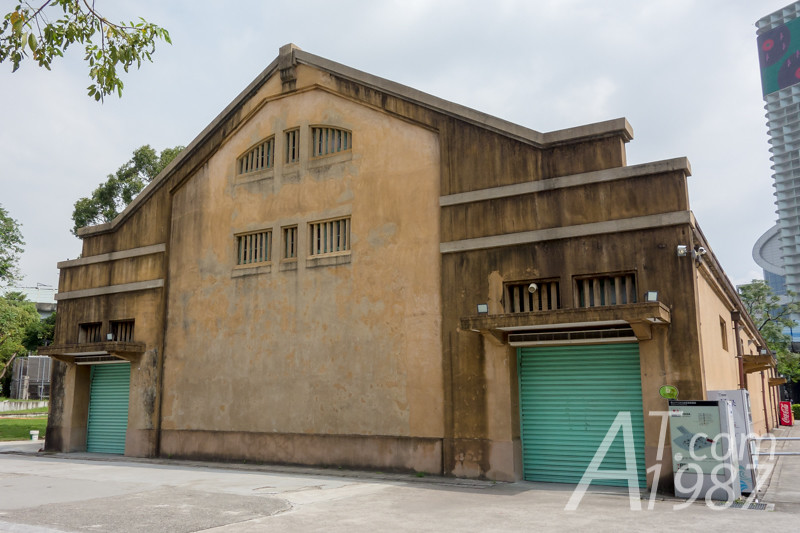 I walked pass the cinema and found E3 building which I didn’t see it was used. Now it is the place for Huashan Laugh and Peace Factory. 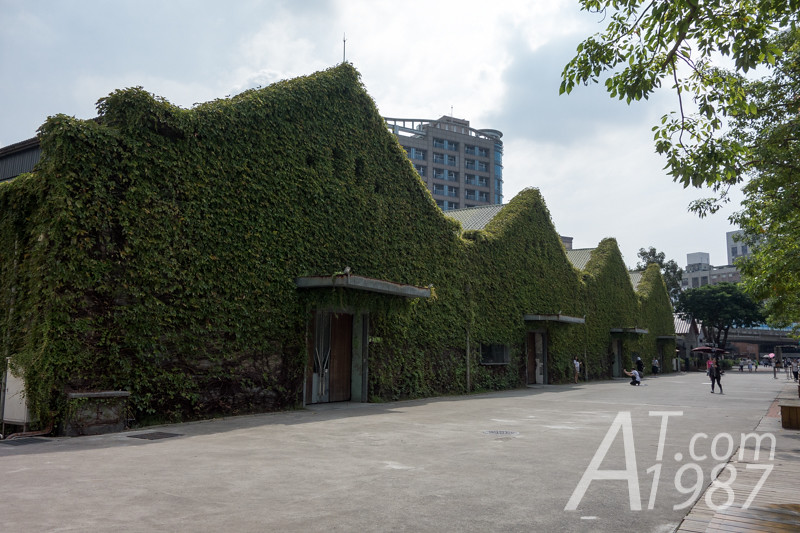 Nearby building is E2 building that is a group of 4 connected buildings. This is the building you usually see when you make a search online. 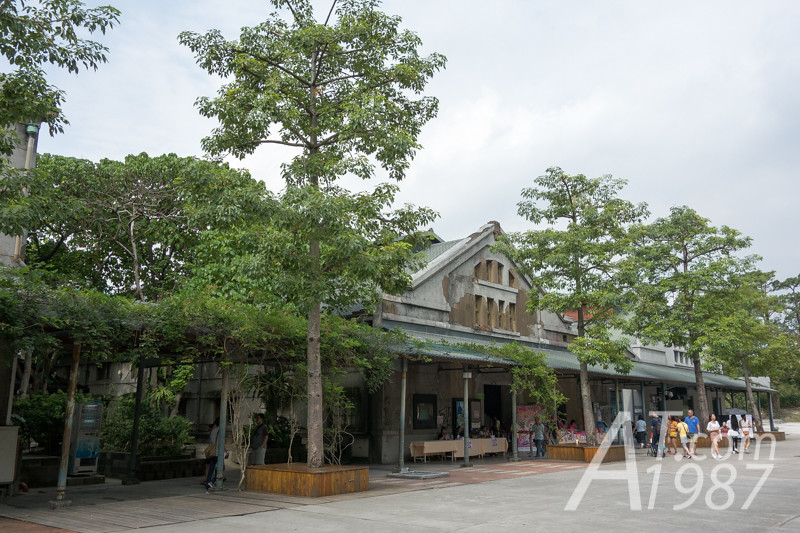 Looking back to the buildings I had just passed. The middle one is Legacy Taipei exhibition hall. The right one is the cinema I mentioned above. 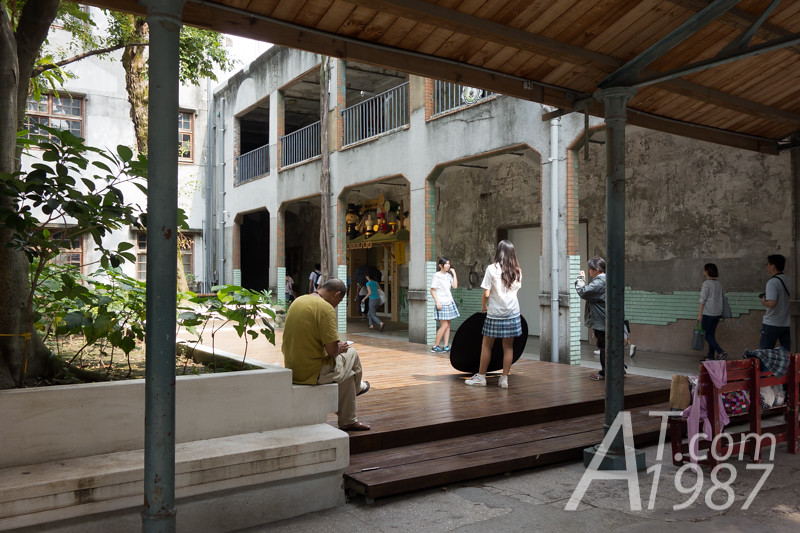 I saw people using parts of Huashan 1914 Creative Park for serious photography. I learn its website that you can register for using the place for non-commercial photography usage. 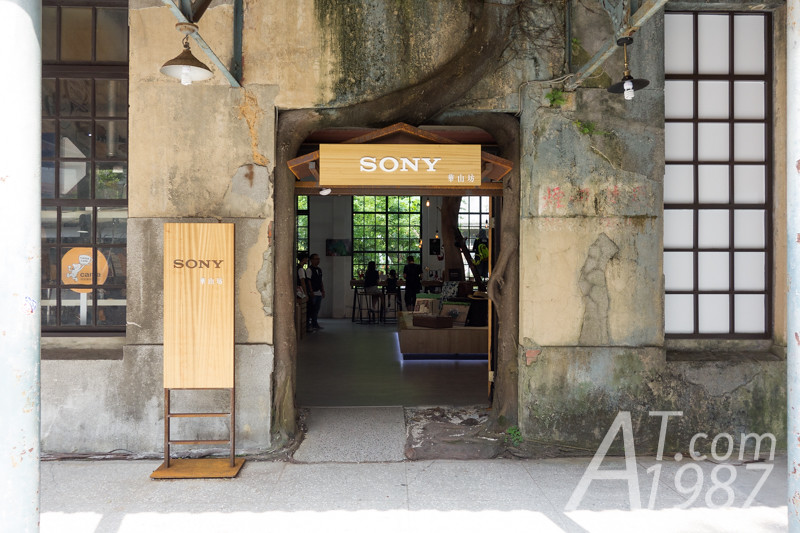 I found Sony Huashan Square Shop on my way back to the hotel. So I stopped by for a little shopping. 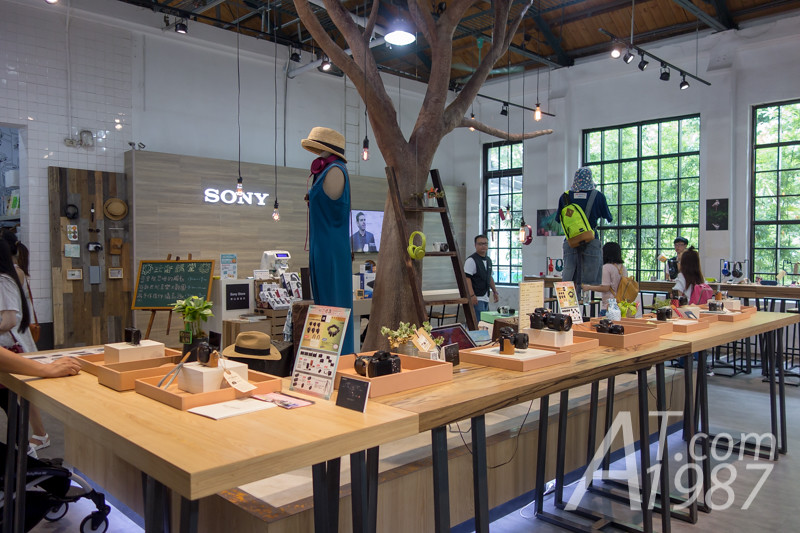 This shop exhibited and sold cameras, personal audio products and Life Space UX products which I think is the best because they haven’t been available in Thailand yet.

In my opinion the Sony products sold in Taiwan aren’t really different from Thailand. However Taiwan carries some products which doesn’t sold in Thailand. The price is also cheaper but not that much. It depends on what kind of products. 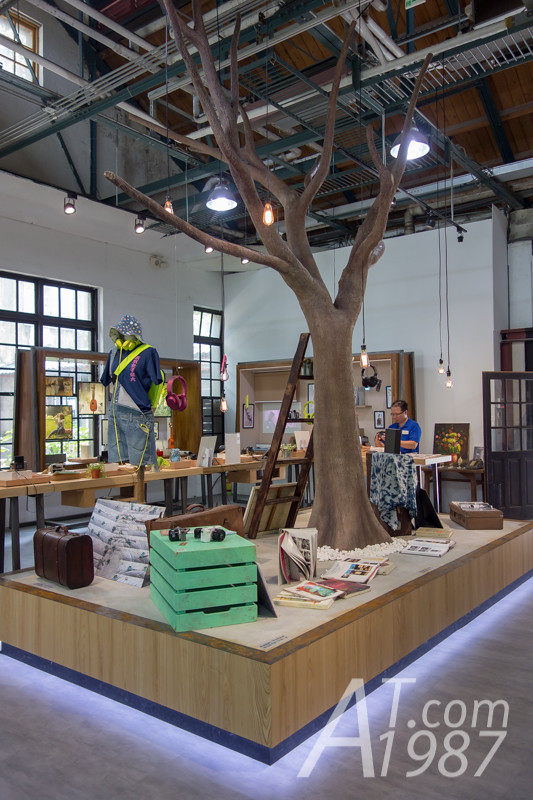 This shop decoration in the concept of nature. Using wood material and vintage style items which went well with the old building. This is different from other Sony Store in Taiwan that using almost the same decoration style as Thailand Sony Store. 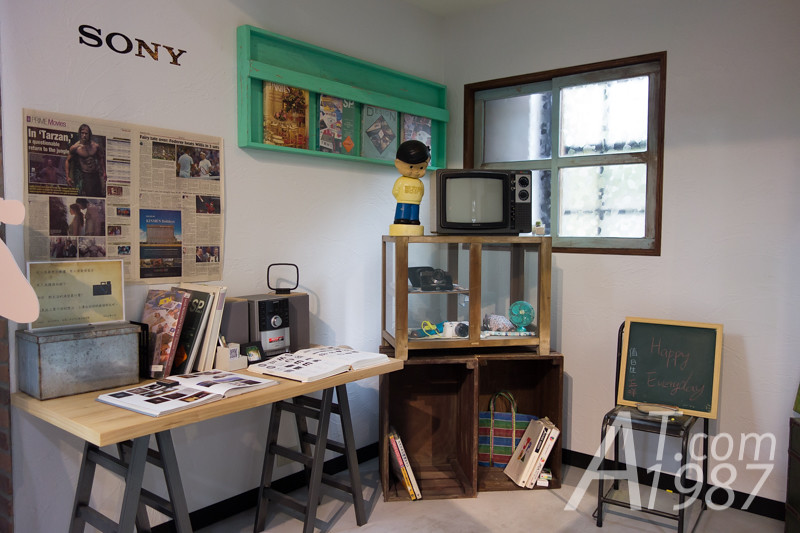 One of the shop corner was built to be a photo corner. It was decorated with old sony products including Atchan aka Sony Boy. The 60’s Sony mascot who appeared with TR-6 radio. 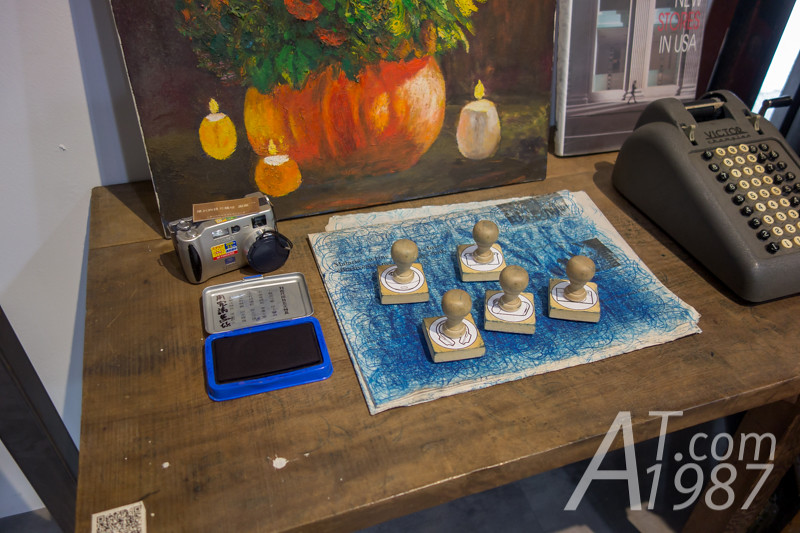 I didn’t forget to bring my MUJI notebook I bought the day earlier to get commemorative stamps after I finished my shopping. 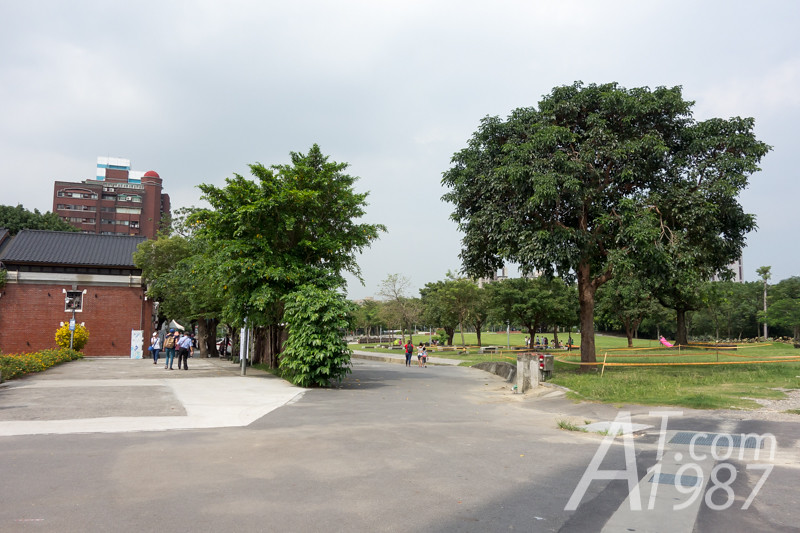 I noticed it was the time I should go back to work. I walked back to the route I used earlier which passed Red Brick Building Area and Central Art Park.

That’s all of my second day of the trip. Next time I will write about the popular attraction Jiufen Old Street. Please look forward to it.