I happened to be backer for this project and got the behind-the-scene photos set which I am going to unpack it.

Although the band began filming on the last week of June and released on the beginning of July. I got the photos set around the first week of August. I was afraid that I wouldn’t get the package but I got it finally. 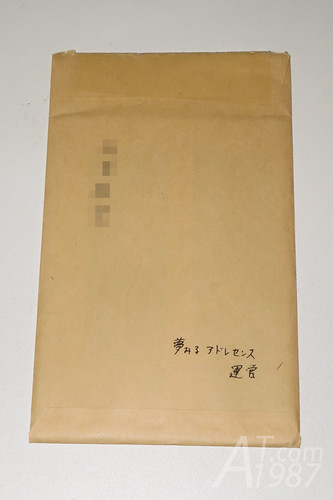 On the envelope there are the name of sender (I guess.) and Yumemiru Adolescence Unei (Management office.) at the address. 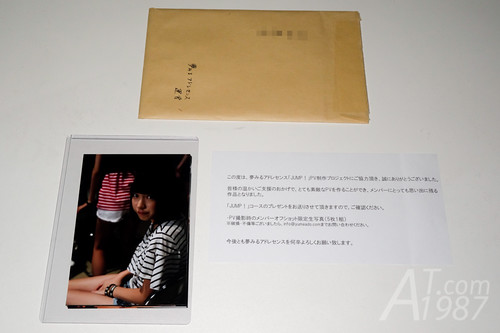 The photos are in the case. I also got the thank you letter for supporting the band and this project. 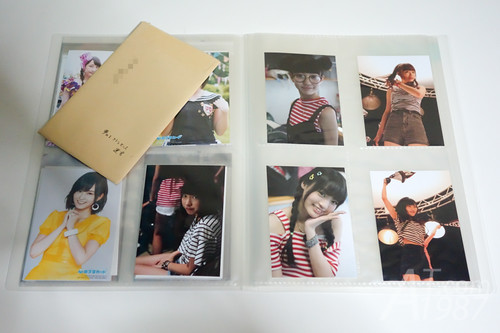 Because all photos are put in the case. The front photo is stuck to the inside of case. It took a time to take it out from the case. Finally I can put all of them in the album.

The photos are OK. Yumin is cute. Karin glasses is very thick. Kyouka photo is quite dark. I hope to see Rei and Akarin off-shot photos but got their photos while they’re on the stage instead.

Although the project was finished. You can still support the group by buying their goods from CDJapan.