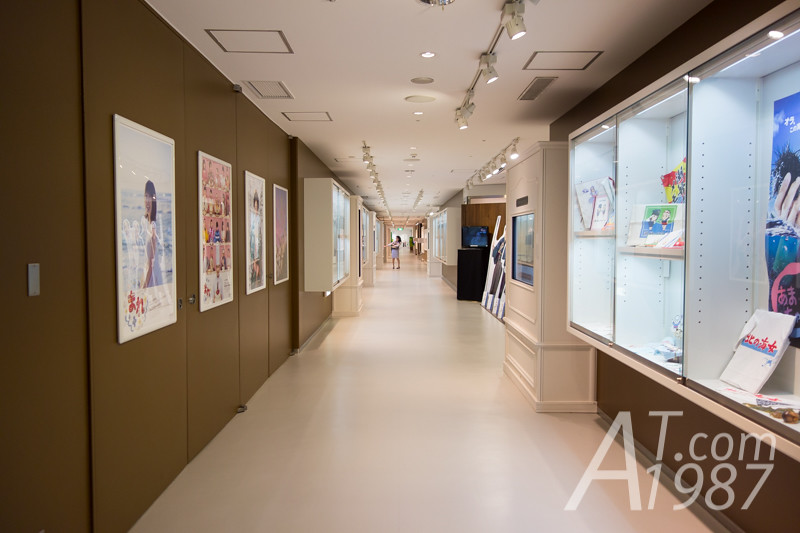 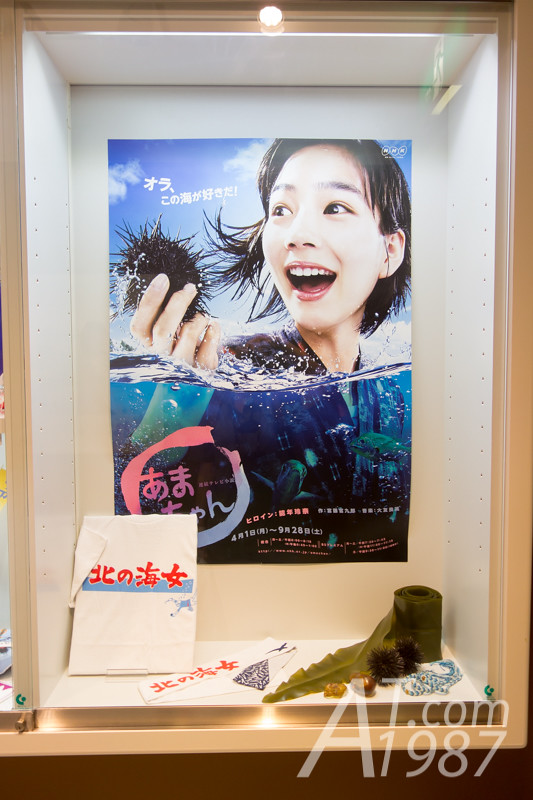 I found Amachan got 3 cabinets in front of the entrance guarantee its famous.

If you want to see more Amachan props. They are shown in Amachan House in Kuji. Those who are interesed can take the shinkansen train to there. 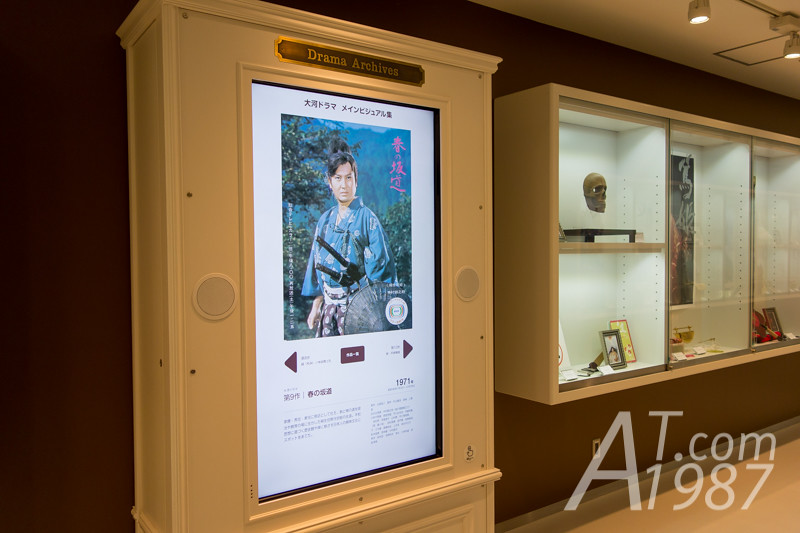 You can use the touch display to searching for drama information. 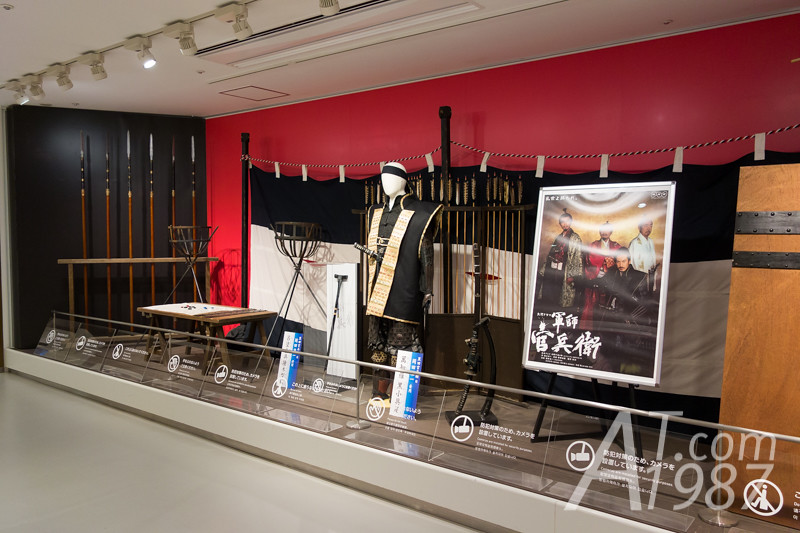 Props and costume for Gubshi Kanbei were the most outstanding showcase in this zone.

Although you can take photos here. There was a area here you can’t do that. In my case it was area where Mare actors and actresses’ signatures were shown. So be careful. 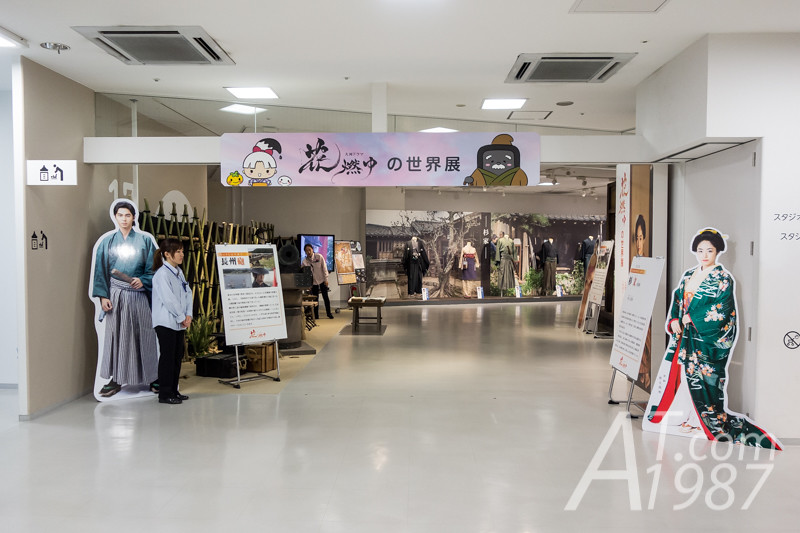 I continued the path until I reached the last zone which is Event Hall. (Zone 17) where the exhibition of Hana Moyu was held. 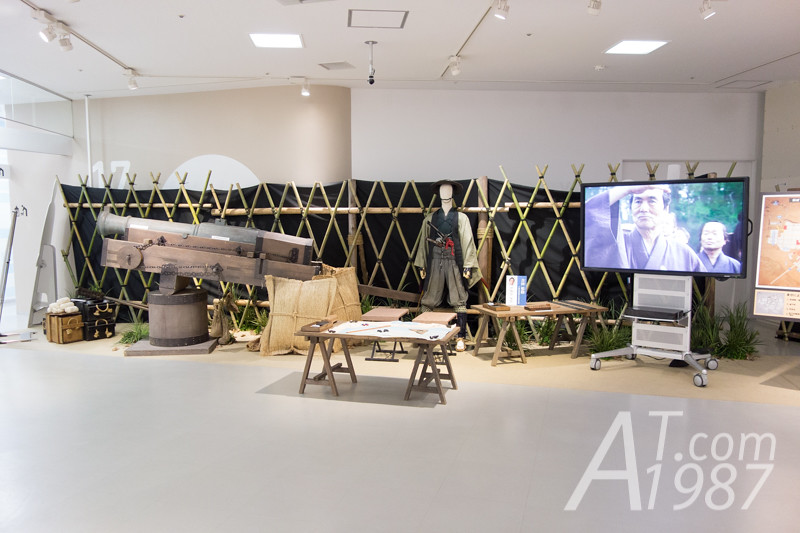 Cannon props used in the filming with TV showing that scene. 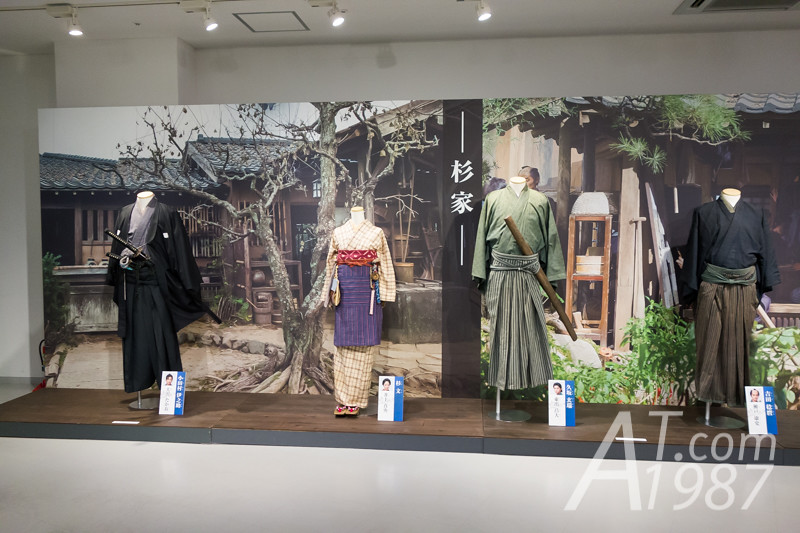 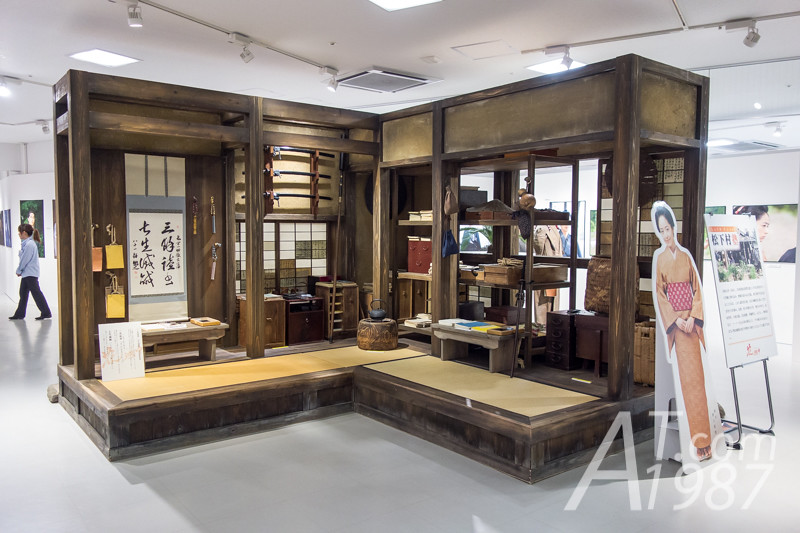 The scene which is used for filming.

Other than props, costumes and scenes showcase. There was drama photos exhibition on the opposite side. And as I wrote earlier, taking their photos was prohibited. 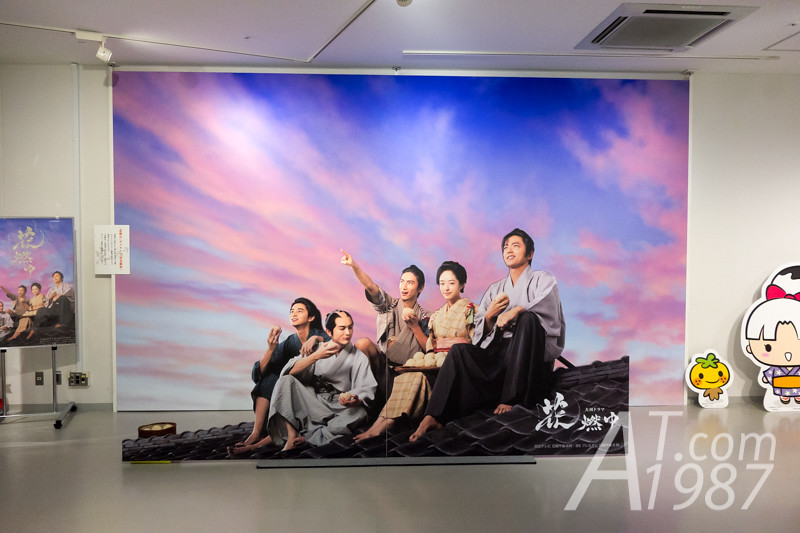 There was photo corner which you could take photos with background and cardboard cutout like a poster on the side. 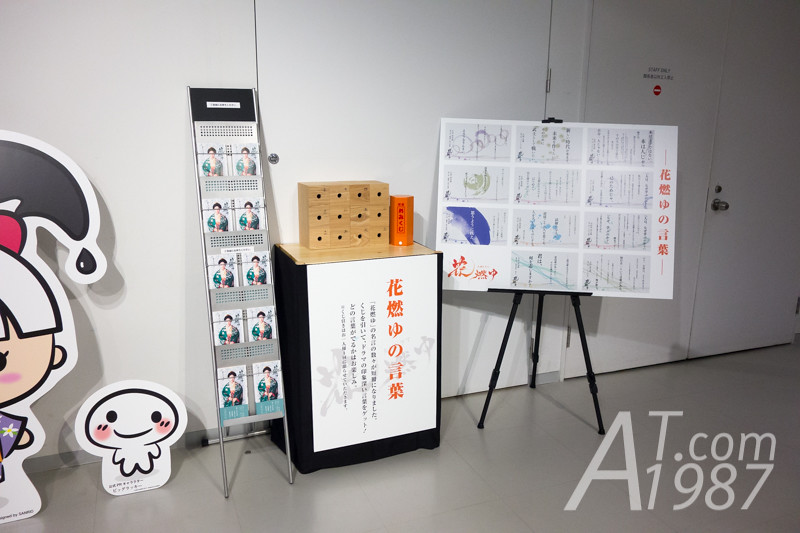 There was the small omikuji corner inside the hall. 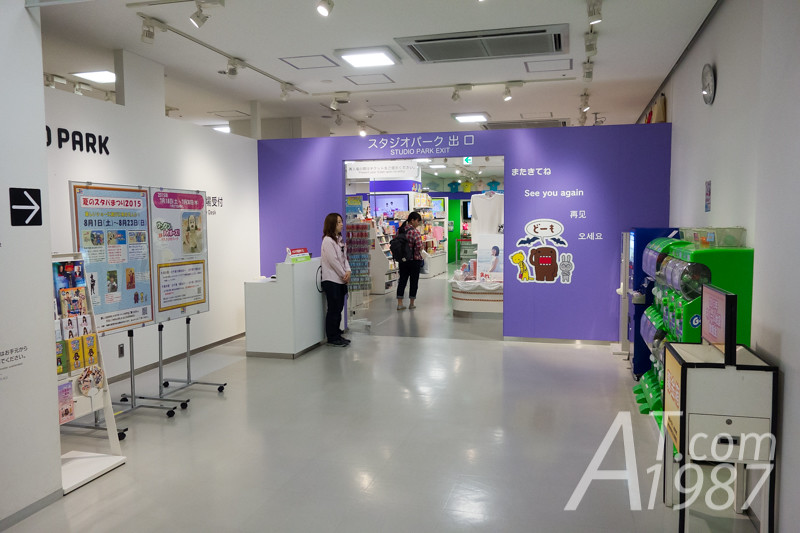 As usual in every theme parks, you will see the souvenirs store at the exit. 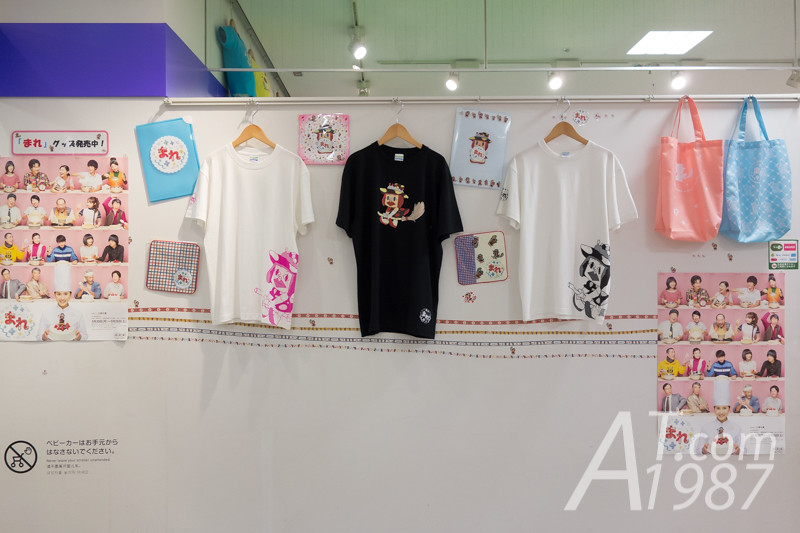 Most items sold in the shop are NHK programs related including the famous characters like Domo-kun.

At that time Mare was still on air. So there were many goods from this drama available. The goods from older drama like Amachan could also be bought here in case you haven’t bought them from Kosode Ama Center in Kuji. For me. I only bought a magazine NHK Stera which has Mare cover. 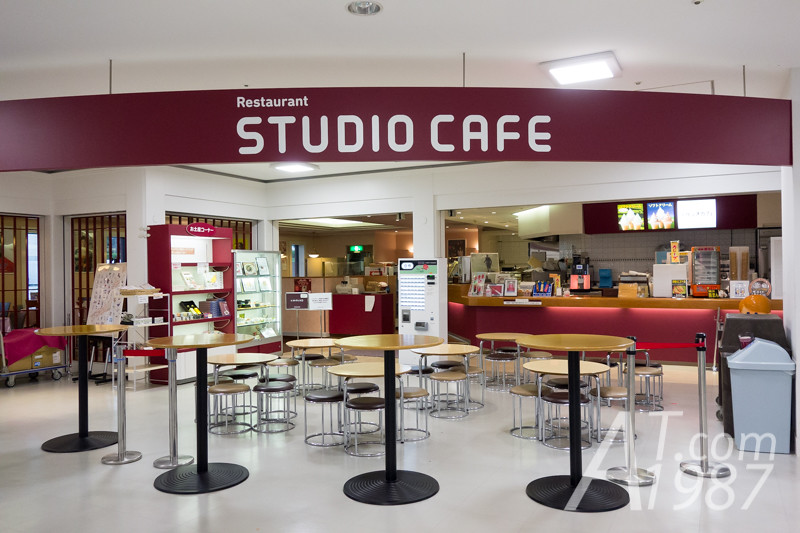 When I left Studio Shop, I found the emptied Studio Cafe although the cafe closed time is 6.30 PM. However the cafe last order is 6 PM that is Studio Park closed time. If you visit Studio Park for a long time and is hungry, you can find something to eat here. 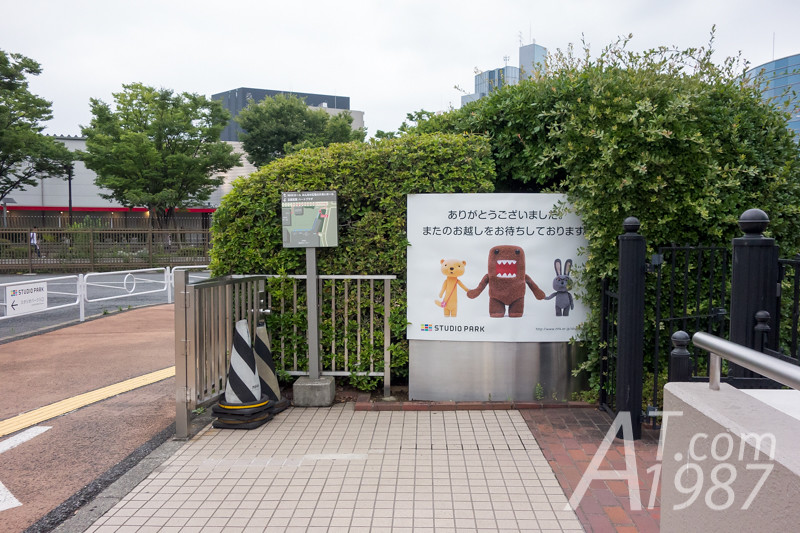 I left the building and walked on the same path as I entered the building. I returned to Shibuya Station for the next destination.

ตอนหน้า ผมจะเขียนถึงร้านชาเขียวชื่อดังจากเกียวโตที่มาเปิดสาขาในโตเกียว อย่าลืมติดตามอ่านกันนะครับNext time I will write about the famous green tea cafe from Kyoto that opens its branch in Tokyo. Please look forward to it.