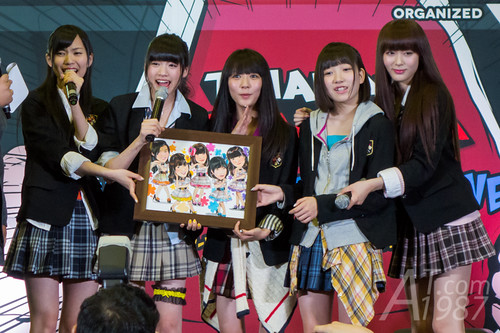 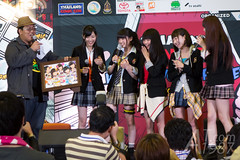 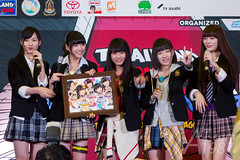 The present is YumeAdo caricature! 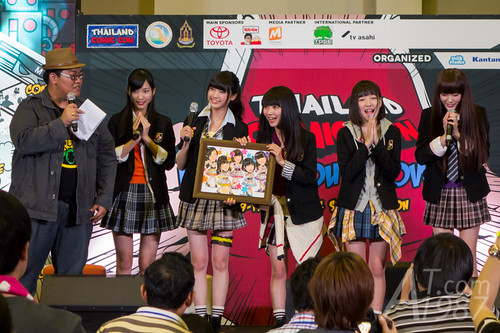 Girls said thank you and gave wai to fans. 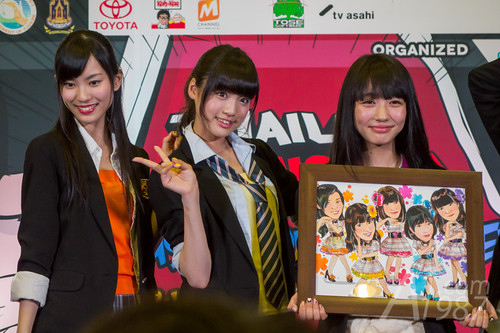 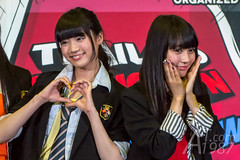 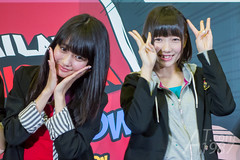 Then it’s the photo time. 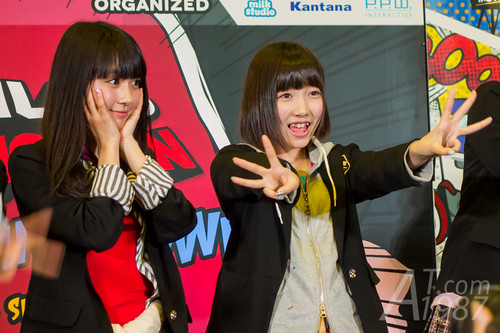 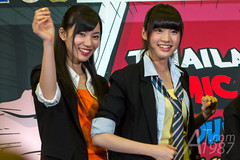 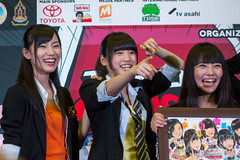 Girls did their best. 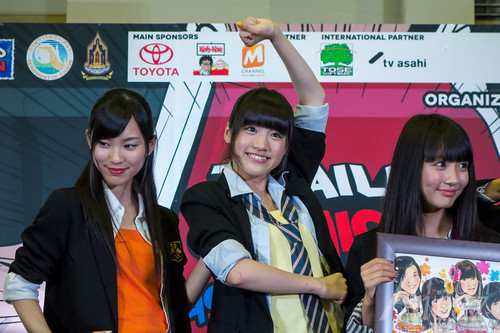 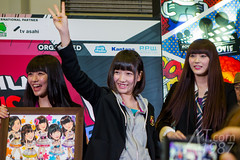 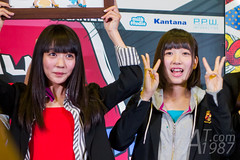 I think I like the real Yumin is better than Mai in Kamen Rider Gaim. 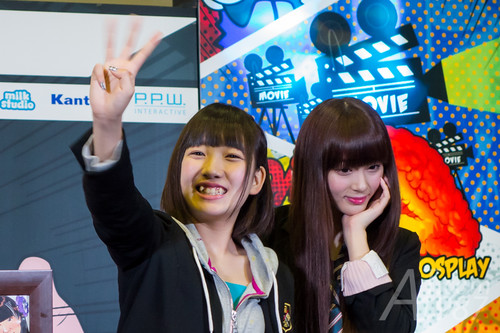 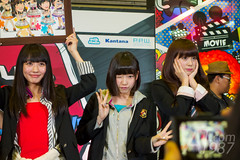 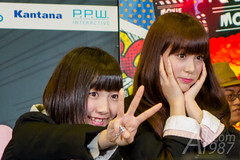 The two on the right played with the fans below. 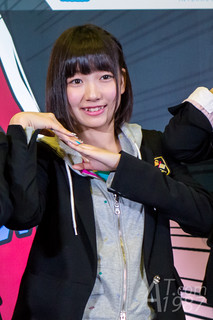 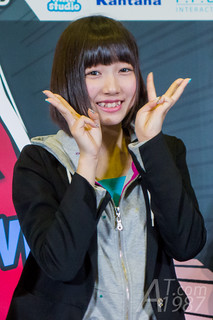 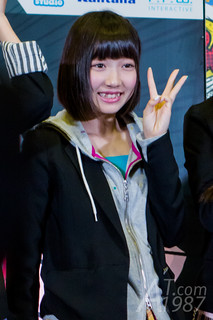 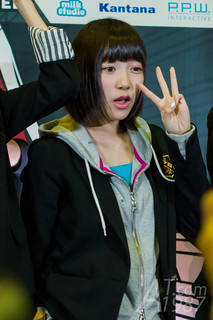 Kyouka always play with fans. She even greet her fans with a handshake at the signing session. I’m sure she’s going to be one of the best idol in the future. 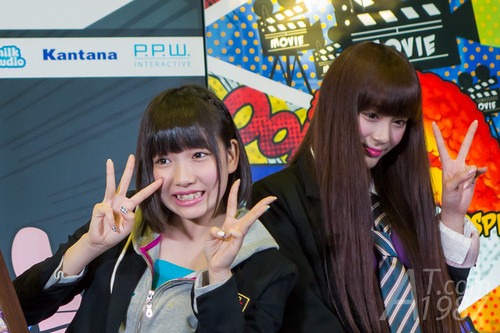 After meet & greet event. The organizer surprised us by having YumeAdo signing session. At first they told only lucky guests will get the sign. However they changed at the last minute. So everybody who were in the panel can get a sign from one of members randomly,

Since it’s surprise. Many people didn’t prepare things to sign on. So they took what nearest to them for getting YumeAdo sign which was from paper to iPad. Some of them was the arm. I also heard that the Japanese fans who followed girls brought some single CDs for Thai fan. For me I ordered their single beforehand. 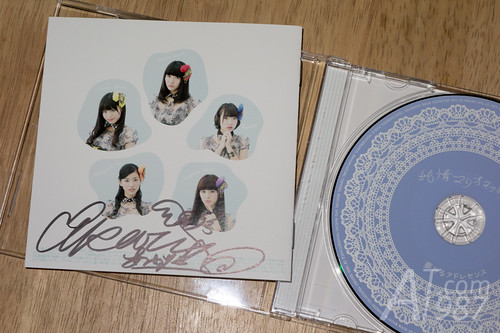 I brought Junjou Marionette booklet to get the sign from Akarin. She was surprise when she saw it. “Ah! Junjou Marionette” I also told her “I’m looking forward to the new MV.” She thanks me and I left her. 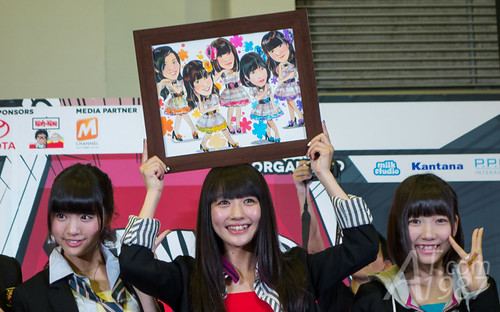 That’s all of YumeAdo event on the second day of event.

Let’s see the YumeAdo event on the last day of event.