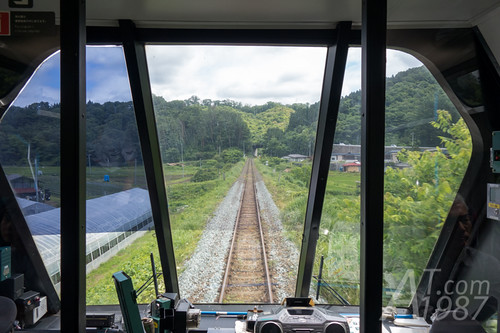 The view is quite wide but there are pillars blocking it. 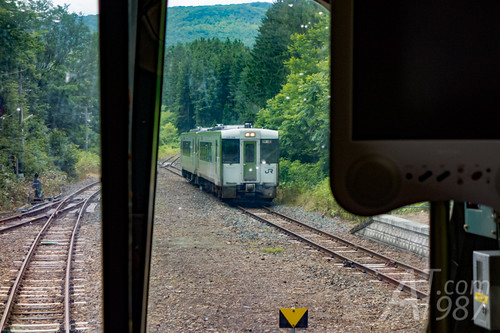 There aren’t many trains running on this route. Hardly to see the train from opposite side. 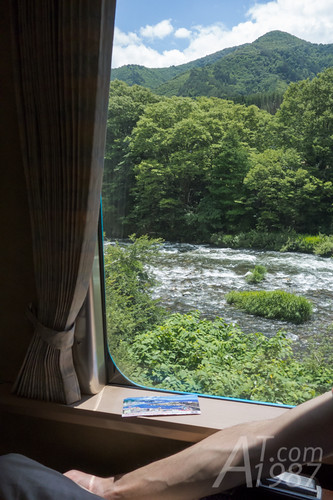 From the window you can see forests, stream, tunnels and village along the route. It’s so tranquil. 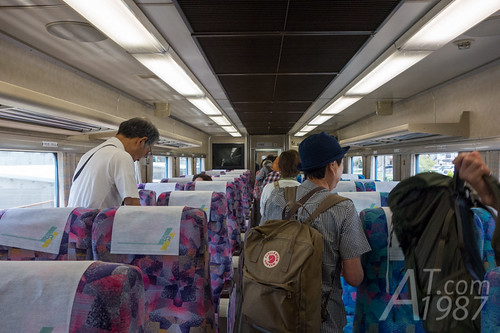 I had been in the train for 2 hours. Finally it reached its destination at Miyako Station. 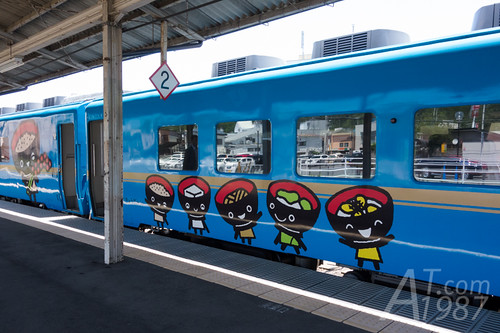 Kenji didn’t leave the platform after all passenger left. So I took a good time to take its photos.

Exterior of Kenji is decorated with Iwate mascot named Wanko Kyodai. They are designed from Iwate famous dish wanko soba. Each Wanko Kyodai characters represent each areas in Iwate. (From left to right.) 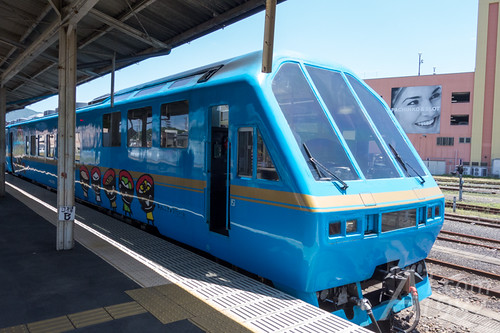 The last car has the same design as the first car. 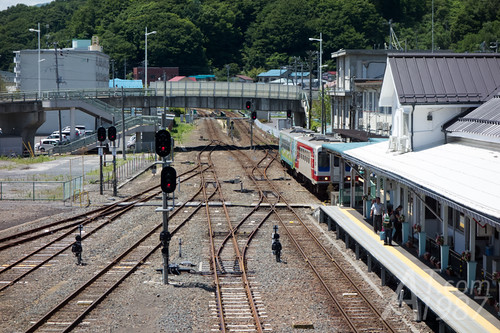 Sanriku Tetsudo station is next to JR station.

If you are  a die-hard Japanese drama fan, you will know the color of train in picture. It’s Kitta-Sanriku Tetsudo in Amachan. I will write about it later. 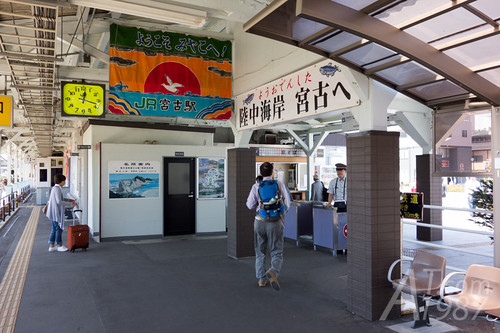 There is only one gate at Miyako station. The station is looked new than I thought. 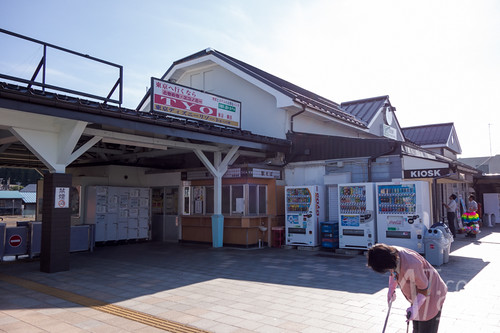 I had to find a coin locker for keeping my bag. Unlucky there weren’t many coin lockers here and all of them had already used. 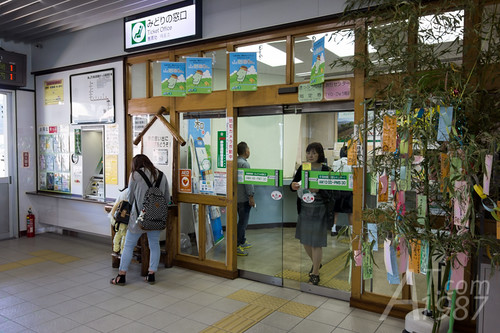 While I thought how to do with my bag. Japanese uncle who had the same problem brought me to deposit it at ticket office nearby. So I learnt the bags can be deposited at ticket office in remote province. But I think it’s a very good idea to ask a staff if this service is available or not first. 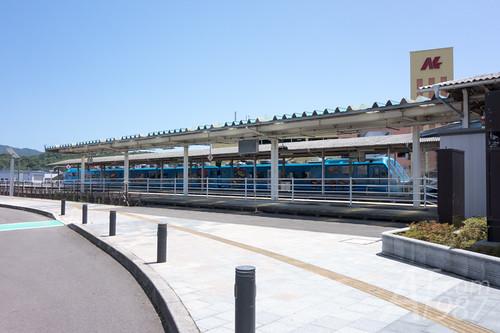 Kenji photo from outside the station.

Next time I will write about going to Miyako famous attraction Jodogahama Beach by bicycle. Please look forward to it.