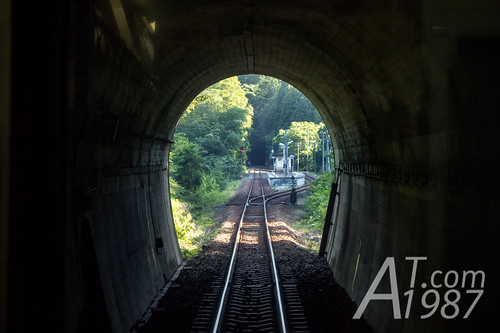 On Kita-Dias Line there are 16 stations and 42 tunnels under mountains. 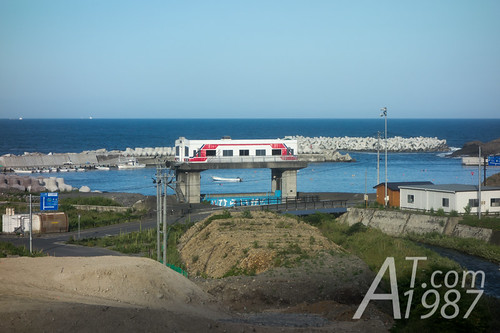 There are many attractions on the way to Koji to stop by. But I didn’t do that because I left Miyake very late. Also there are about 10 trains run on this line. I have to wait about 1 hour and a half for the next train. If I do stop by, I may not reach Kuji on the same day. 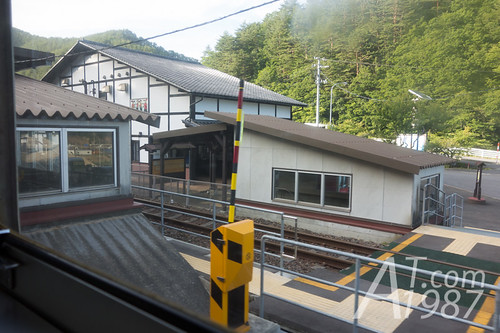 However Amachan fans shouldn’t miss to visit stations where are used as film locations. One is Tanohata Station that is a location of Hatano Station. 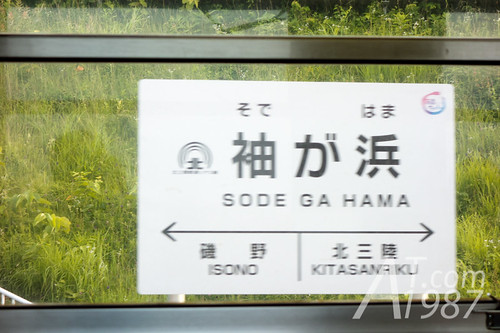 Another one is Horinai Station that is the location of Sodegahama StationThe fictional station sign is still kept at the station. 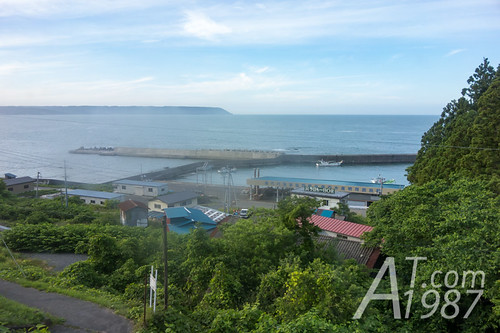 I’m sure people who see the drama will remember this scenery.(The train windows is little dirty so the middle of photo is blur.) 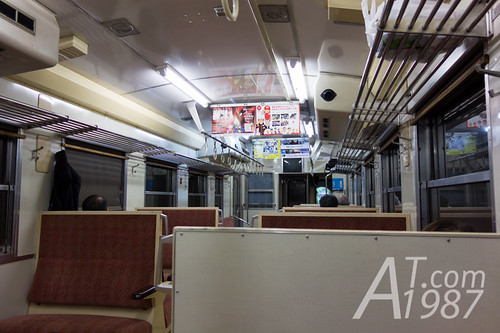 I moved to the front car after other passengers left the train. The front car number is 300-208 that has similar seat layout as 300-100 but it has CRT television installed in front of the car. TV was turned off all the time I was on the train. 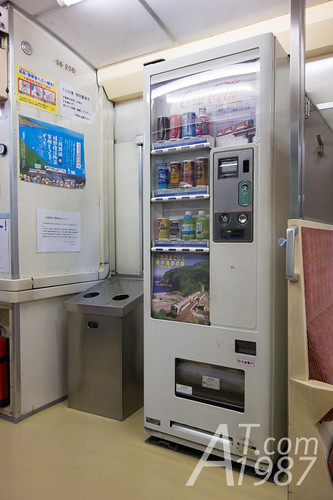 A beverage vending machine is also installed on model 300-200. 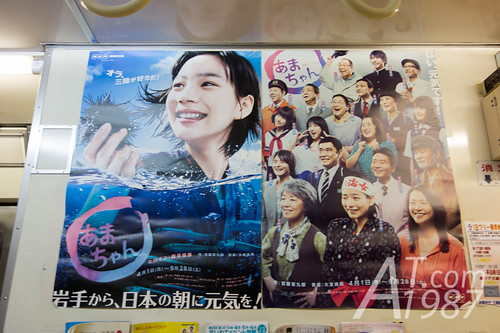 Amachan posters is on the wall of the car. Several travel and promoting leaflets are below them. 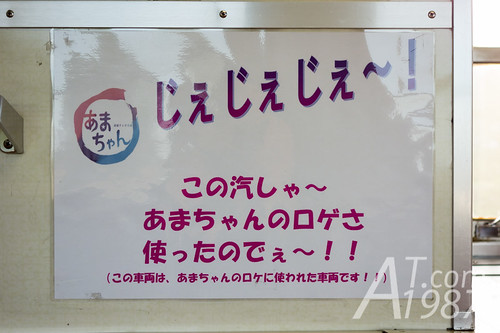 The laminated sign says this train was used as the drama filming location. 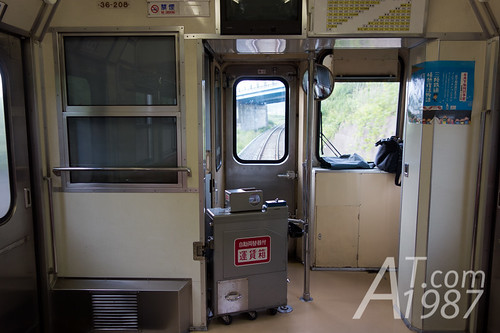 Cockpit windows was blocked by a curtain inside. 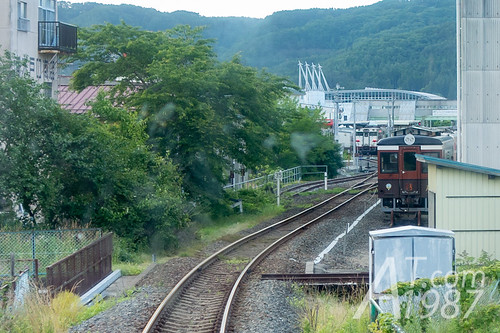 I was into taking photos of scenery outside the train. When I know myself again. It was in Koji city area. You can see Model 36-Z Sanriku Hamakaze train and Santetsu maintenance building on the right of photo.

From my research Sanriku Hamakaze is Santestu latest parlor train that featured warming table (kotatsu) like the Model 36-2110 used as filming location in the drama. 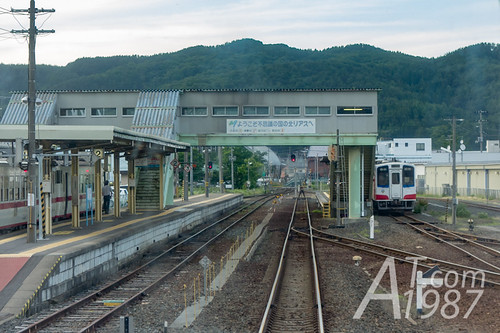 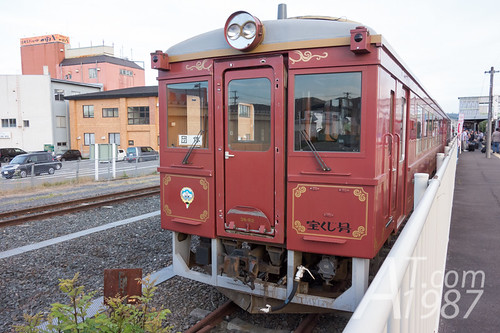 A retro style train Santetsu Model 36-R2 was parked at the platform. 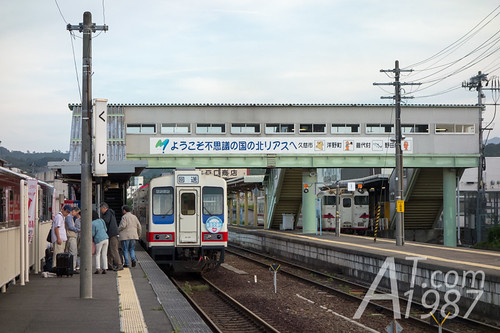 Kuji platform is shared between Santetsu and JR East like the one in Miyake. JR East platform is on the right in the picture.

Next time I will write about Santetsu Koji Station and area around it.Please look forward to it Amachan fan.