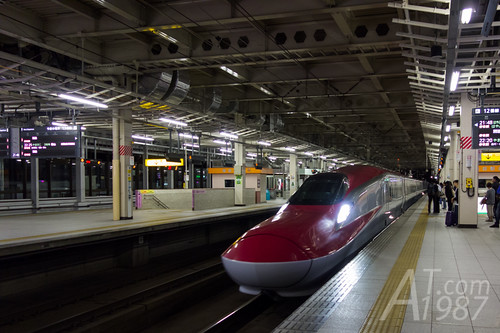 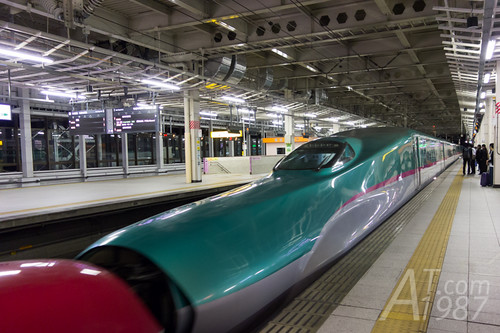 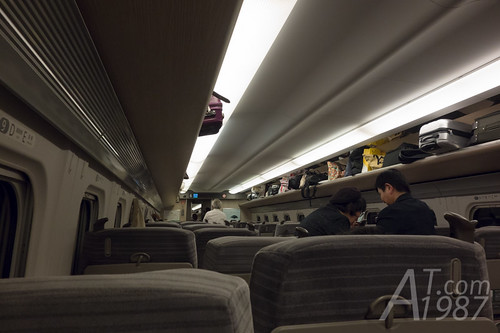 The seat arrangement is the same as earlier Yamabiko. 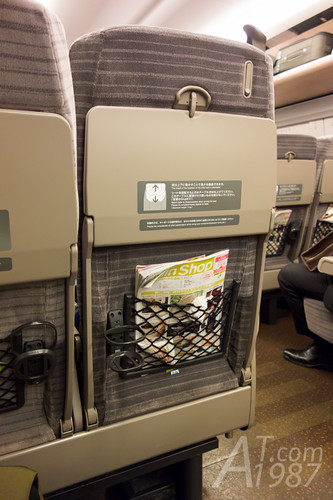 But Hayabusa seat has a movable headrest and bottle holder. 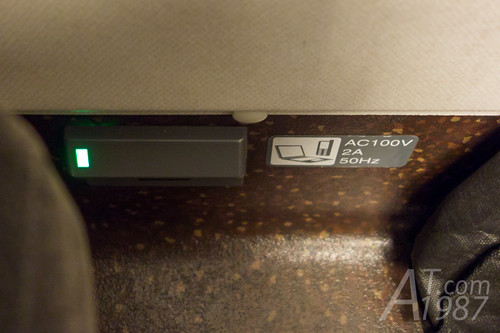 A windows seat also has 100 V power outlet for charging smart devices too. 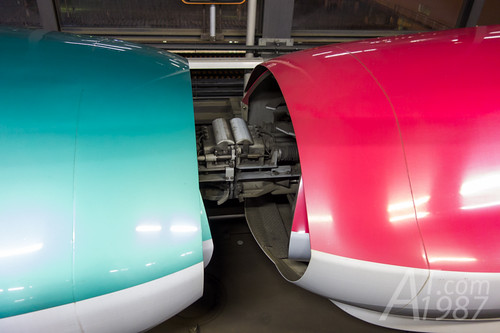 I was on the train for about an hour. Finally I was in Morioka. I was rush to see the trains seperating after leaving the train. 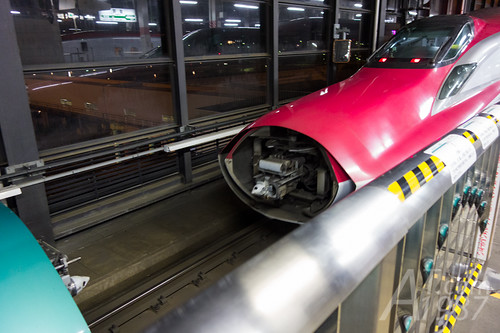 After separation Super Komachi will run to Akita and Hayabusa will continue running to Aomori. 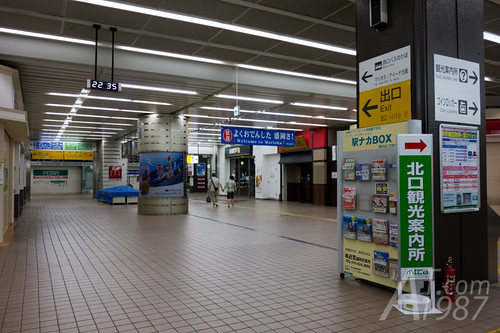 I arrived at almost 23:00. All stores in the station were closed. 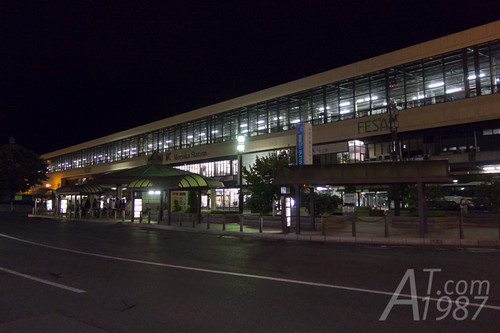 It’s very silent outside the station. There were a few people around here. 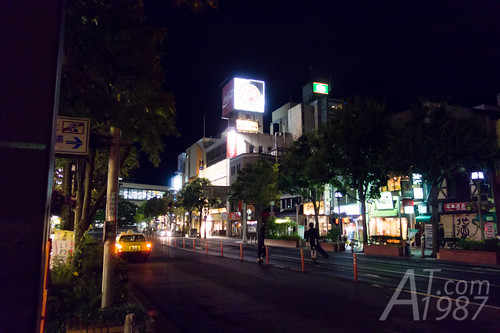 I planed to have the dinner at the famous restaurant here. However the last order time was over so I bought my dinner at Daily Yamazaki nearby instead.

Next time I will write about attractions in Morioka. Please look forward to it.

1 thought on “Japan Trip 3 : Go to Iwate by Tohoku Shinkansen”