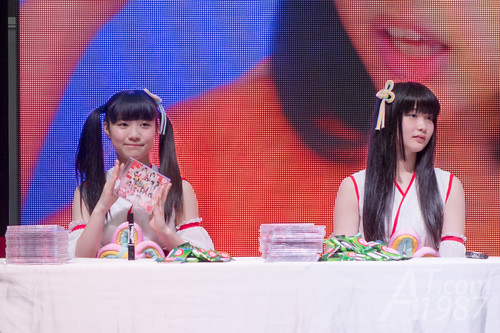 Other than CD and Kit Kat giveaway. People who received the gift were allowed to talk, handshake, ask members for signing on a item or take the selfie photo with them. I think it’s very hard opportunity because TCC and AFATH photography policies were very strict this year. 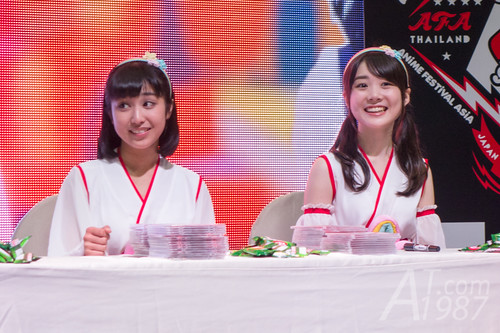 Staffs were kind enough to let us choose who we want to meet. 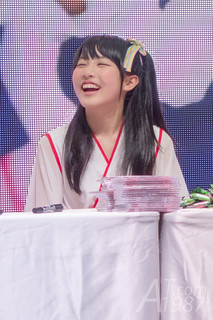 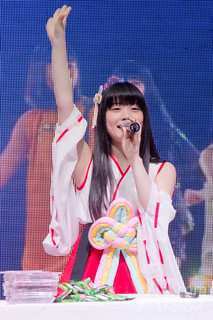 Members did their self introduction. 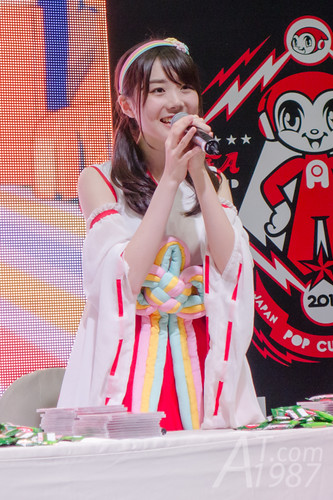 I thought if possible I would like to meet Tsurumi Moe who is in the cosplayer team. She caught my eyes with her height that is the tallest in members who performed on that day.

I waited in the queue for a while then MC announced there was 10 minutes left before the session stopped. I thought I didn’t make it but I made it. Finally I met Moe-chan,

I told her their performance was great. I was sold on it and I was going to support their group. Moe-chan also gave me an another Kit-Kat when I left her. Thank you very much Moe-chan. 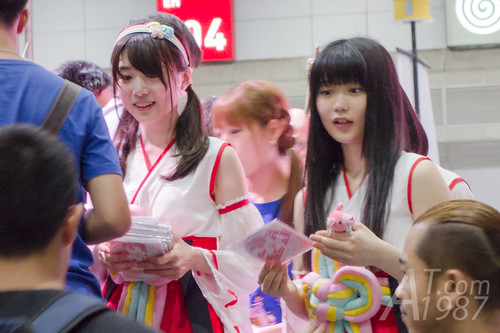 The time almost ran out. They went to the line to give their CDs instead. 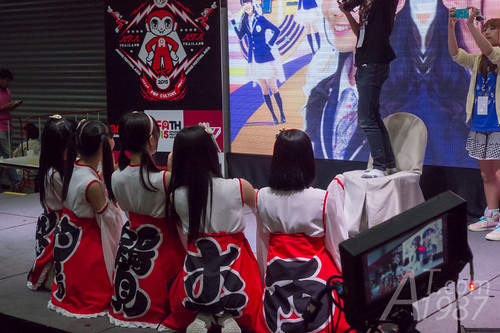 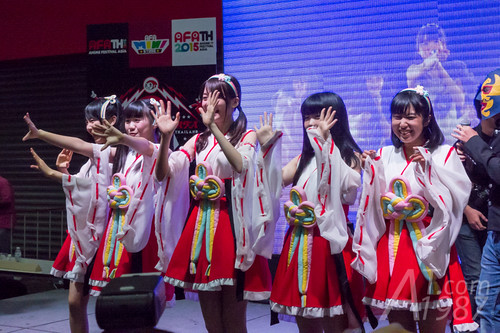 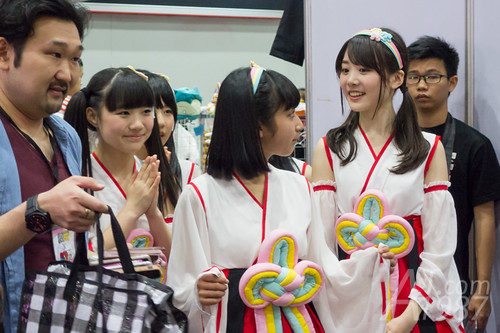 After they left the stage. They walked to the event with the staff and disappeared. 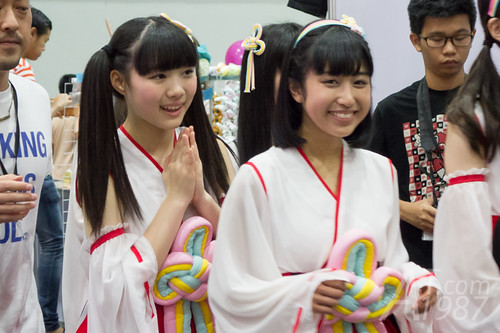 I think Niji no Conquistador is very interesting idols group. I do the research later and found that their producers and staffs used to work with several major debuted idols group. So I am not surprise why their performance is good. 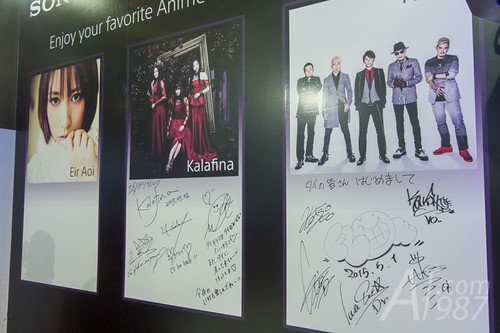 Sony and Munkong Gadget had the exhibition booth in the event. SMEJ artists who release their songs in high resolution audio visited here for signing session. I saw Kalafina at the time they visited the booth.

I knew Munkong Gadget had the exhibition booth but I didn’t know they are cooperation with Sony. Sony also didn’t promote this event. They don’t even post the photos of SMEJ artists visited their booth.

I learnt later that no one can take the photo of artists other than the designated photographer. This also applied to people from the same group of company. So they can’t use the photos to promote their products and activity. 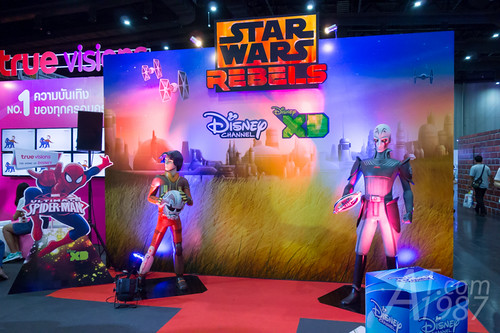 Walk around Bangkok Comic Con 2015 nearby. Nothing interesting me specialty. 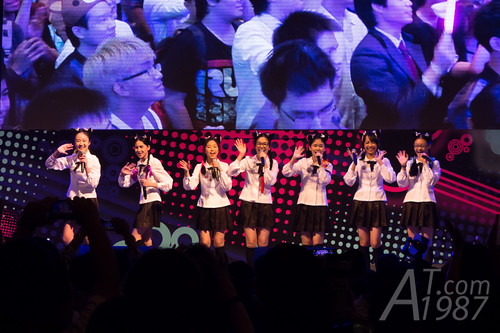 After finished my business in AFATH my acquaintance told me about the mini concert at TCC. So we went back to Siam Paragon again.

The concert began with Siamese Kittenz. Then Aira Yuuki, DISH//, YumeAdo and Itano Tomomi who perform in Anime Idol Asia 2015 performed on the stage that day. Although the set list is shorter than they perform in AIA. It’s still very fun live. Especially Tomochin part that almost turned the event venue into the dance floor. 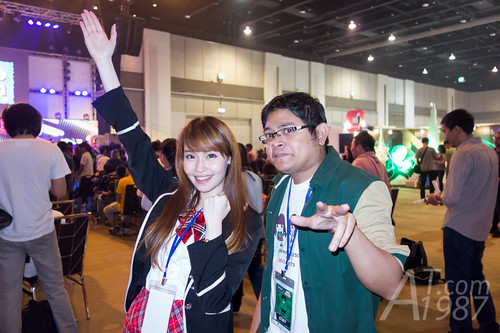 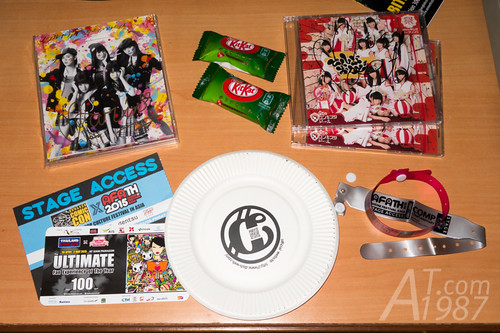 These are items I got from both events. I got 2 Nijicon single because I asked Moe-chan to sign on it but forgot to tear the seal first. (She also warned me about this.) However there is the Nijicon fan who got this single from Japan heard my trouble and gave me his. Thank you very much for your help.

The paper dish in the middle is from DISH//. I got it during their live. It’s very suitable to their band name.

Conclusion. I think these events are good but their style and theme are different. It would be great if their schedules are not the same. So I don’t have to travel between their venues.