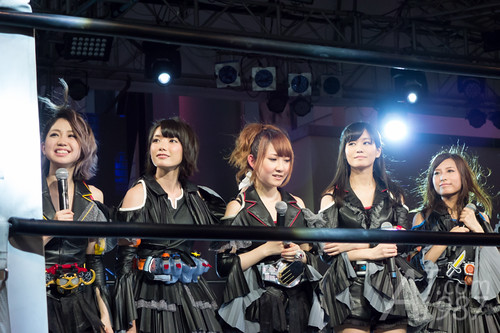 OK. They got the lucky guy. He told that he was Kamen Rider Girls fan since they debuted in 2011. They like how cuteness they are … 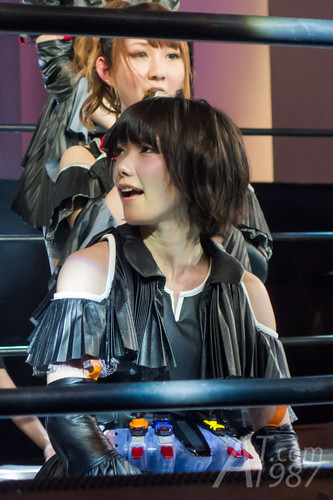 … especially Erica. Other member fell from standing when heard this. 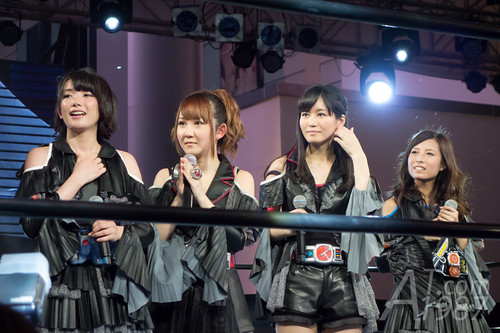 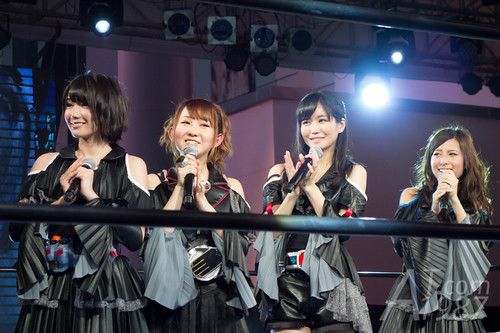 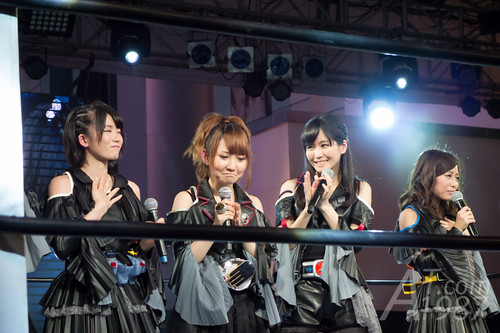 He also told that he would continued support all members of KRGS even the members increased to 100 or more. 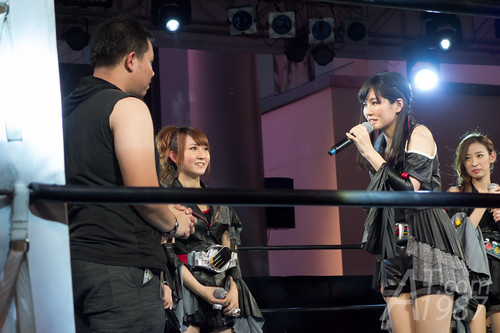 Kamen Rider Girls sent Erica to tell him that please take care and support the group. Oh it’s like he confessed his love to Erica and she answered him. 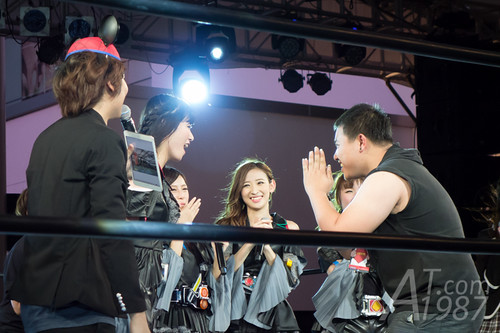 MC allowed him to do handshake with all girls before left the stage. Everything went fine until he did the handshake with Jina and said “I love you.”

Before he did the handshake with Jina. He did it with Erica and told her “You are my No.1”. This made Erica and other members disappointed. It’s like what I usually see in Thai soap opera. 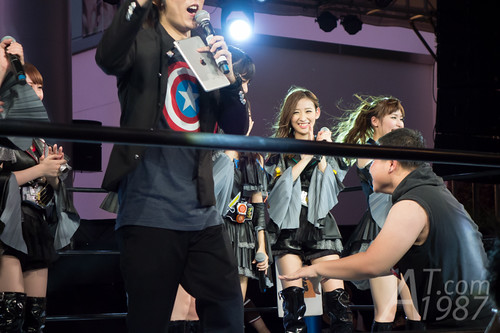 Lucky guy went on his knee and asked Eirca for forgiveness. 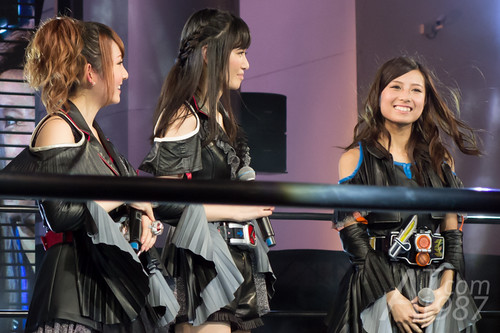 I think all Kamen Rider Girls members will remember this for a long time. 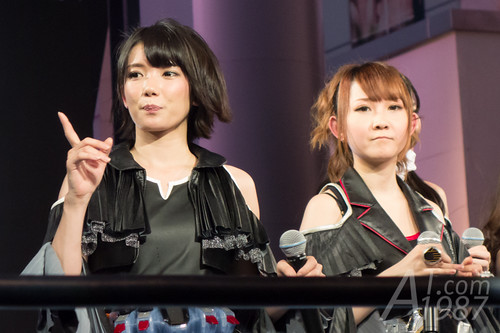 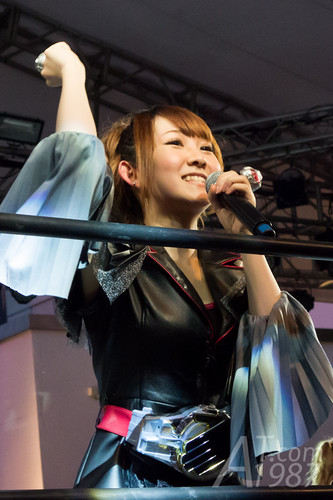 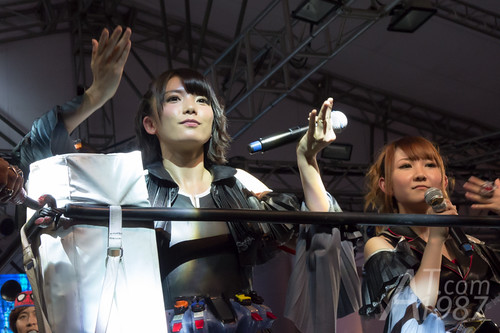 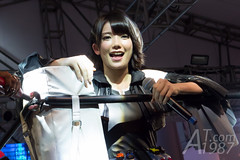 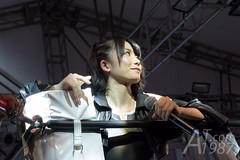 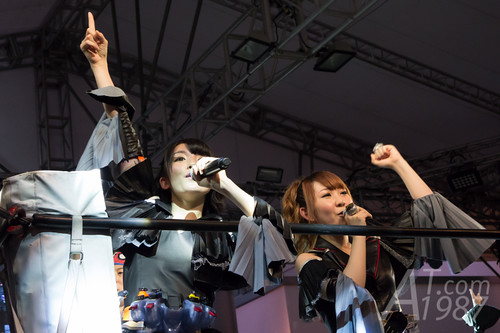 Before the girls performed E-X-A (Exciting × Attitude). They taught audiences how to cheer to this song. 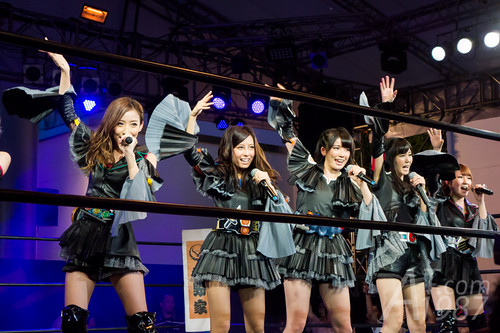 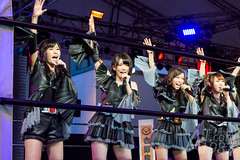 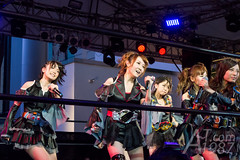 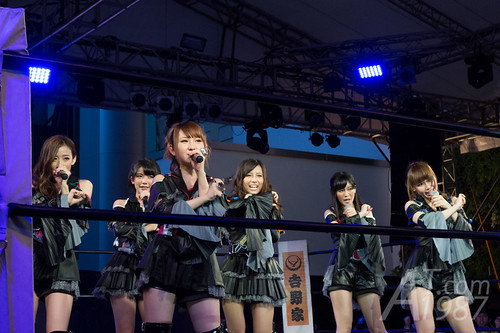