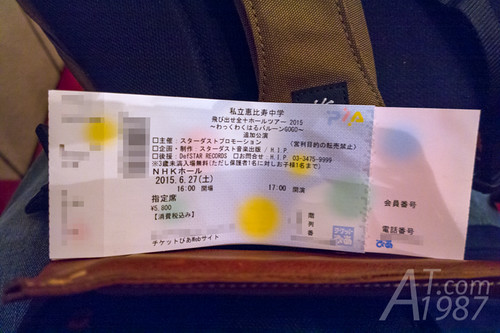 Shiritsu Ebisu Chugaku Tobidase Zen10 Hall Tour 2015 ~Wakku Waku Haru Balloon GoGo~ is the Ebichu first tour playing in the halls at large cities around Japan. The tour starts from April to May for total 10 shows.

However when the tours almost ended. Three additional shows in June were announced. The last one is NHK Hall in Tokyo which I attended.

A view from my seat where is on the left side of second floor. Photo from NHK Hall website.

When I entered the hall I felt the hall is bigger than what I saw on NHK Kouhaku Uta Gassen. I think it only the first floor is usually shown in the program. So when the second and third floor are included. It is as big as a 3,800 seats hall can be.

The theme of this tour is school fair fairy tale show. One member is chosen to be the storyteller in each shows. This time Ayaka was chosen to do this duty with a duo sister band Charan-Po-Rantan who are the author of Ginyuushijin. The C/W song of Natsudaze Johnny Tour Edition.

From what I know. The story is about the bard who want to tell his feeling to noble lady. The concert began when he appeared in the crowd at the front row and walked to the stage. Then Ayaka with accordion appeared and told the story prologue while Charan-Po-Rantan’s Koharu played the accordion.

After prologue finished. Koharu then played ebiture and all members in bard uniform ran to the stage and play the first song Natsudaze Johnny. This is special because only chosen member wears bard uniform in the earlier shows.

Most of songs in the set list are in their latest album Kinpachi. Their tempo was ranged from fast to fastest. I think the members are very fit. They can sing and dance without exhausting themselves. While I was very tried after 4 – 5 songs. Their performance is very great. I didn’t expect to see AiAi do a handspring in Houkago Getabako Rock ‘n’ Roll MX. It surprised me since I never see she does this before.

At the last part of the show. Members surprised Ayaka by giving her a flower bouquet and singing a song for her. Each members took their turn to touch Ayaka. Some of them even gave her a hug.

I think the best moment is when Rinanan hugged Ayaka. She hugged her, lefted and looked into Ayaka eyes before she hugged her again. This made Ayaka crying for real on the stage.

The concert ended with a credit roll video that behind the scene video from the first show to the last show were shown with. After the video was ended. People were going to request for encores but were stopped by a closing announcement.

However everybody didn’t care it and continued shouting. It didn’t take a long time for members to come back on the stage and performed Eien ni Chuugaksei and left the stage.

At first I thought they had no plan for encore in this concert. But I learnt later that earlier concerts in this tour have no encore except this one. 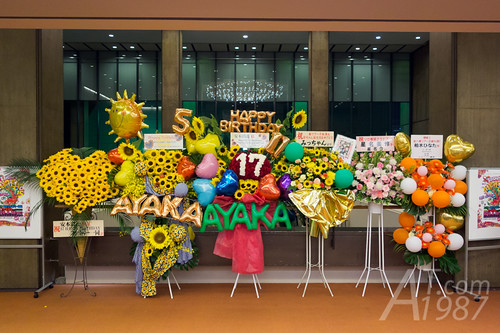 The flower bouquets in the lobby were rearranged. Many people took photos of them before leaving. 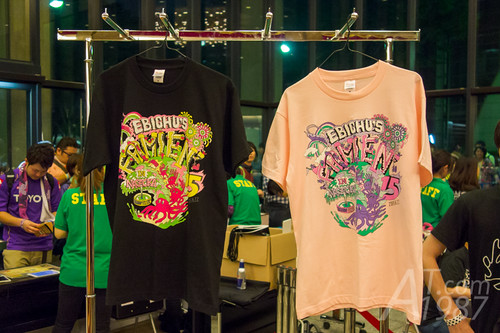 Sample of FAMIEN’15 T-shirts were shown after the concert ended.

Staffs sold the official goods last time before they put the left over items on the online shop Smooch. People who want to buy the concert good without visiting the venue should keep eyes on the website after the concert finishes. 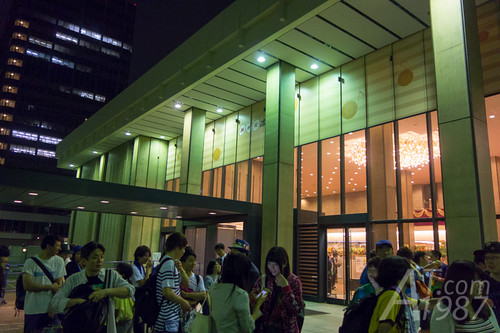 I didn’t have anythings to buy so I left the lobby. At the exit staffs handed me a wad of leaflets. They are ads for Ebichu’s official fanclub Black Tiger, Circle K’s discount coupon, movie handbills, etc. 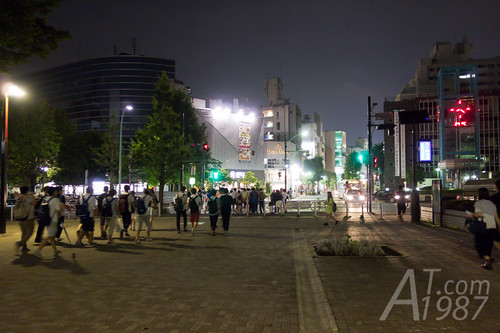 I used the same street in Yoyogi Park to go back to Shibuya. 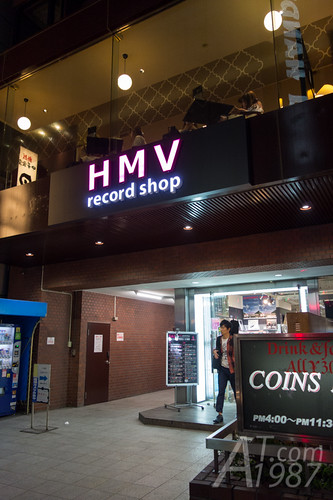 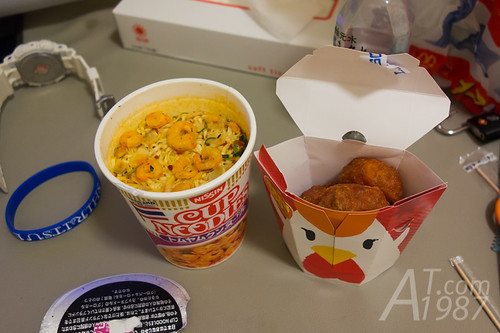 I went to Sushi no MIDORI at Shibuya Mark City for a dinner but it stopped accepting customers. So I went back to my hotel and got Tom Yam Goong Nissin Cup Noodles and Karaage-kun Red from nearby Lawson instead.

Although Tom Yam Goong flavor is originated in my country. The Japanese version is better. The noodle is more chewy. There are a lot of toppings. They are also bigger. Tasty!

Next time I will write about GEM Live Mixture2015 ～2nd Anniversary～ concert. Please look forward to it.